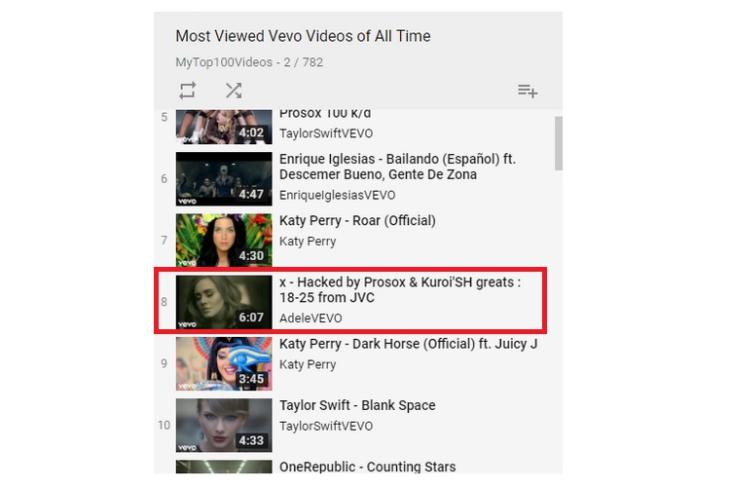 Update: Shortly after being taken down, the videos and Vevo’s channels have been restored with no traces of the hack. We suppose this will only increase Despacito’s already crazy popularity.

If you watch music videos on Youtube, there are high chances that you are watching it on a Vevo-owned official YouTube channel. Vevo is a huge deal on Youtube so it’s shocking that its channels on YouTube have been hacked by a group called Kuroi’SH & Prosox.

Vevo pages of various top artists like Luis Fonsi, Taylor Swift, Drake, Chris Brown, Adele and Post Malone among a host of others have been hacked, leading to some of the videos getting removed altogether from Vevo’s YouTube channel, while the others have their names changed to gloat about the hacking achievement.

Most notably, the hackers seemed to have taken down ‘Despacito’, the superhit song which recently became the most viewed video on YouTube clocking over 5 billion cumulative views. The YouTube URL for Despacito by Luis Fonsi and Daddy Yankee have now states ‘This video has been removed by user’. 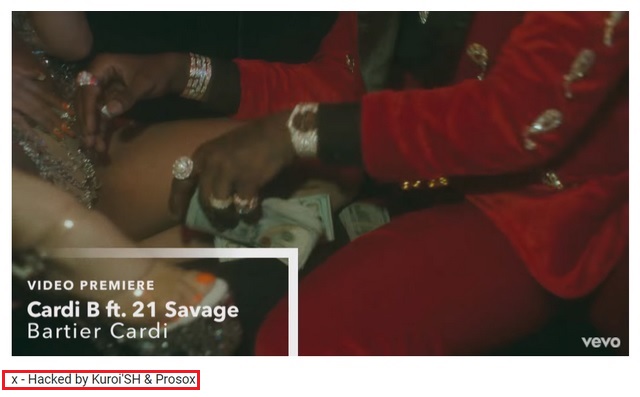 The motivation behind the hack is not clear, but a common pattern in the attack is that Vevo pages of artists, especially those whose music videos are among the most viewed ones on Youtube, have been targeted. At the time of writing this article, Vevo page of Drake, Luis Fonsi, Adele, Shakira and Post Malone among others appears to have been affected by the hack.

The number of affected artist pages on Vevo’s YouTube channel keeps on increasing with artists like DJ Snake and Charlie XCX also joining the list. There is no concrete information about who the ‘Kuroi’SH and Prosox’ group is, aside from a YouTube channel which tweeted a few hours ago that Logan Paul and Jake Paul are the new targets.

We will hear more on this in the coming hours. So stay tuned to Beebom.com to find out exactly what went wrong with Vevo’s accounts and why they have been hacked.