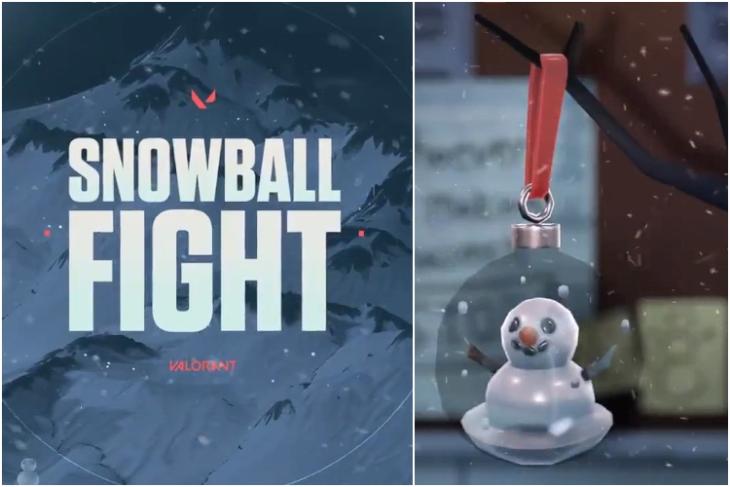 As Christmas is right around the corner, the developers of online multiplayer games have started to add limited-time festive game modes to their titles. Riot Games has added a ton of new joyful elements, including a brand new game mode, for Valorant players to enjoy during the holiday season. And here is everything you need to know about Valorant’s Christmas event.

The Valorant developers announced the new “Snowball Fight” game mode via a recent tweet (below).

Chill out with the new limited time Snowball Fight mode, playable now through the 29th. Skate into your first match today and unlock the Snowbro Gun Buddy for free. pic.twitter.com/XuhZS9FeGq

It was added right after the 1.14 patch update and brought several new things to the uber-popular tactical FPS. One of them is the brand new deathmatch-like game mode where players fight each other out with snowballs, instead of bullets, in the new map.

This new game mode is appropriately named “Snowball Fight” and equips a player with Brimstone’s (one of the Valorant agent) molly-gun that throws unlimited snowballs. So, when you enter a game, you will have to kill the opponent players just using that snowball-gun. If you win a game, you gain 900 XP, while losing a game earns you 750 XP.

One game of Snowball Fight lasts around 5-7 minutes and is pretty fast-paced. Unlike in actual competitive games, where you have to stand and shoot the enemy to get a kill, I found that in this mode, running and shooting makes more sense. This is because, in this mode, it is not about your aim or accuracy. It is all about your movements and a little bit of luck.

Now, the rules of this new game-mode are pretty simple. Each game has a timer of 5 minutes and the first team to reach the threshold of 50 team-kills wins. Pretty deathmatch-like, right?

Well, kind of, but not completely. See, there are special orbs that you can collect to gain special abilities and equipment like ice-skates, bigger snowballs, rapid-fire snow-gun, and many more. These orbs appear as gift boxes and spawn in various parts of the map. Also, when you kill an enemy with multiple abilities, you will get to collect all the ability-orbs that he/she was using.

Now, despite all the fun elements, there is one major question that many players (including me) are asking. Why is there a need to select an agent in a game-mode like this? It absolutely makes no sense as you won’t be able to use any of the agents’ abilities in the game. Moreover, it is pretty frustrating to wait for every player to unnecessarily choose an agent before a Snowball Fight match.

However, setting this issue aside, it is a pretty fun mode in which you can chill out and have some fun with your pals when you are tired of the intense competitive matches in Valo.

In addition to the new game mode, Riot is also giving away a snowman gun-buddy called the “Snowbro”. It is a cute snowglobe that you can attach it to any of the guns in your inventory. 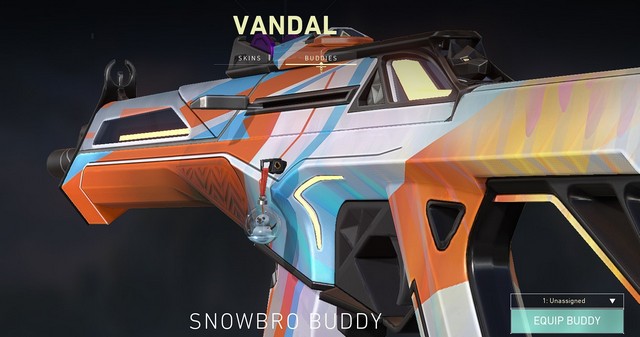 How to Get Snowbro Buddy in Valorant?

Getting the new buddy is pretty simple. You just have to play one game of Snowball Fight and that’s it. Following your first Snowball Fight match, go to your inventory to find the new gun-buddy sitting right there in your collection.

From there, you can attach it to any of the guns. However, unlike other gun-buddies, you get to attach the Snowbro buddy in only one of the guns, and not two.

So, if you have already played a Snowball Fight match, then check for the new gun-buddy in your collection and attach it to your favorite gun right now.

The “Night Market” in Valorant

With this Christmas event, Riot also added a “Night Market” where players can get huge discounts on cosmetic in-game items. It is a pretty decent idea for those who were looking to invest their mullah in cool skins and knives. However, there is one major issue with it.

See, you get six gun or knife-skins at discounted prices, which is cool, but the market does not refresh! This means that you are stuck with those same skins and won’t get discounts on any other skins from Valorant’s massive collection. 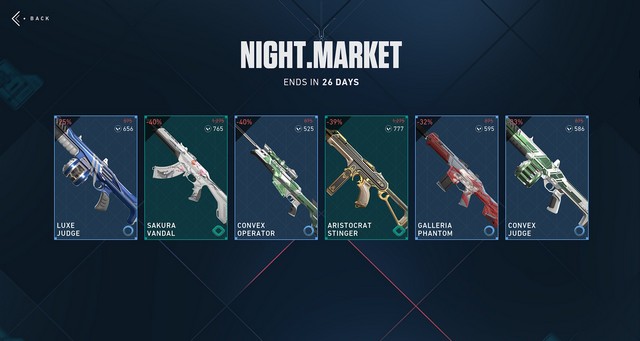 As a result, ever since the developers added the Night Market, players have been complaining about this issue on various social platforms. However, the developers have not yet addressed it officially.

Get Into the Festive Mood With Valorant

So, this was all about the Christmas event in Valorant. Apart from the above elements and features, Riot also added a new collection of skin called the “WinterWunderland”, which looks pretty dope. Moreover, the festive decorations in Icebox add joy to the experience and give a feel-good vibe during these tough times.

Get Valorant for Free on PC