Skip to content
Home Smart Gadgets What is USB4? 12 Things You Should Know

Announced in March this year, the all-new USB standard “USB4” is ready to go mainstream. With USB Implementers Forum (USB-IF) finally revealing all the specs that empower the latest iteration of USB, there is very little left to imagination. But just in case you are late to the party, questioning what is USB4 or eager to find out everything about the newest standard of USB, you have landed at the right post. Read on as I take you through all the notable features and changes that USB4 has packed.

What is USB4: Everything You Need to Know

Whether it’s top-notch speed or high efficiency, USB4 has ticked off almost all the boxes to be a huge upgrade. And yes, it’s also tried to get rid of the age-old frustration through neat simplification. So, if you had been ranting about some of the biggest downsides of its predecessor (USB 3.2), chances are pretty high that you would appreciate the latest USB standard.

I guess one of the first questions that may be confronting your mind is: what’s the tech behind USB4? That’s why it’s better to get it out of the way before going any further. The latest version of the USB standard is based on Intel’s Thunderbolt 3 connector tech which endows both rapid speed and more efficiency to it. Moreover, USB4 is built upon the existing USB 3.2 and USB 2.0 architectures. Though the latest USB standard takes advantage of the same dual-lane architecture as USB 3.2, it doubles individual lane-transfer speeds. Thanks to the two-lane operation, it’s more capable to meet high demand consistently. Whether it’s transferring files a lot faster or charging compatible devices rapidly, it’s got most of the bases covered to be a great upgrade.

2. No More Messed Up Naming

For far too long, the USB Implementers Forum (USB-IF) had used a rather confusing naming pattern. Thankfully, with the introduction of USB4, the messed up naming system has become a thing of the past. That’s why they have put no space between USB and the number. And they have also stated that the next iteration will be named just USB5 and not USB4.1 unlike before. USB Promoter Group CEO Brad Saunders has asserted that they now want to simplify things. Thus, we can finally expect the era of completely messed up naming pattern to end for good!

Though it’s no surprise for anyone, it’s worth noting that USB4 uses Type-C port. When you expect top-of-the-line speed, security, and efficiency, it’s nothing but Type-C that can deliver the goods. At a time when almost everything seems to be in the race to support USB-C, it’s high time USB4 got the most out of the connector to provide high-end performance. Unless something more compact and symmetrical forays into the Universal Serial Bus, we expect many more newest versions of USB to continue to support Type-C. 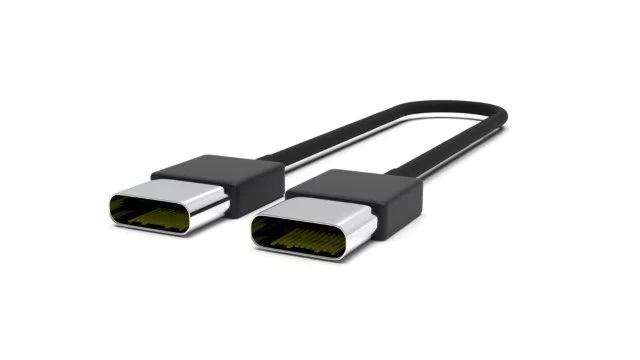 Probably, the biggest improvement coming to USB4 is the speed enhancement. While USB 3.0 touted to deliver the speed of 10 Gbps, the USB 3.2 doubled the speed by going up to 20 Gbps. And with the arrival of the latest iteration of USB, it’s finally possible to transfer data at a maximum speed of 40 Gbps – twice the speed of the USB 3.2. This massive jump in speed augurs well for designers and pro video editors who often have to deal with heavy files. Why just power users? Anyone who has to transfer the boatload of data would find the rapid speed a welcome change.

Bear in mind, not all USB4 devices will be able to deliver a maximum of 40 Gbps. According to USB Promoter Group CEO Brad Saunders, the newest iteration of USB will provide three speeds: 10 Gbps, 20 Gbps, and 40 Gbps. While smartphones and budget-friendly devices are expected to be compatible with low speeds, the high-end devices will be able to support the maximum speed. So, the next time you go to buy a laptop or a smart gadget, make sure to check out the maximum speed it can support!

Another department where USB4 has packed a solid punch is the support for USB power delivery that brings in tow a huge 100 watts of power delivery. Till now, only a few USB-C devices used to support USB PD. So, there was an increasing demand to make USB PD available on all USB-C devices and hosts. With higher wattages and much-improved power management, USB4 is going to change the way we charge our devices.

As someone who has used Thunderbolt 3 for long and always appreciated its unmatched speed and efficiency, I had been waiting for USB4 to be compatible with Thunderbolt 3 as it guarantees better user-experience. Not to mention, it also spells great news for the folks who like to play games on their laptops by connecting an eGPU (external graphics card).

From now onwards, device and host manufacturers won’t have to pay hefty royalty-fee to Intel. Thus, there is a high chance that USB4 device manufacturers and cable makers will make their offerings compatible with Thunderbolt 3. Therefore, there is a likelihood of mass adoption.

Another area where USB4 has vastly improved is in its ability to dynamically adjust bandwidth between video and data. Times when you will send both video and data simultaneously over the same connection, the latest standard of USB will automatically allocate the bandwidth to ensure there is no reduction in speed. For instance, if the video feed will demand 25 Gbps, USB4 will offer the remaining 15 Gbps to data sharing so that both the tasks will run smoothly without any hiccups. 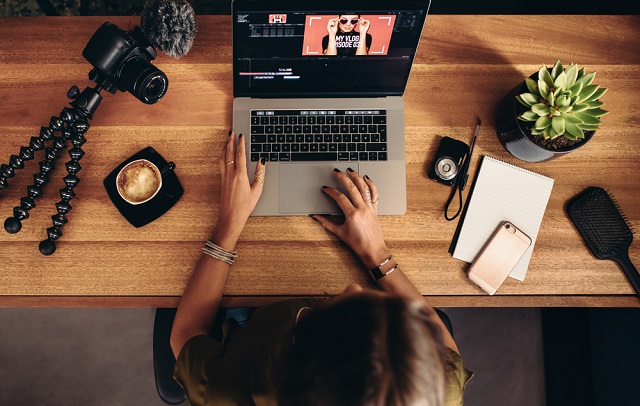 Despite being more powerful and efficient than its predecessors, USB4 is backward compatible with older devices. In fact, this has been the hallmark of all the generations of USB. And the latest iteration has continued to live up to that promise. So, you can use USB 4 comfortably with USB 3 and USB 2 devices as well as ports. Bear in mind, though, that the USB can’t deliver the 40 Gbps speed when connected to a USB 2 or USB 3.2 port.

For all the folks who are wondering whether their cables and adapters will work with USB4 or not, let me confirm right away that there is no reason to worry about. Yes, your old cables, as well as adapters, will work with the newest USB standard. But do note that your accessories will deliver their maximum rated speed. Let’s say, you have got a USB 3.2 cable that has 20 Gbps maximum rated speed. It will deliver the speed of just 20Gbps if you connect it to a US4 port. Note that in most cases, you will have to use a dongle for connecting older cables as USB4 uses USB-C port and not the universal USB A port which was the standard.

Due to the more expensive components, USB4 will cost more than USB 3.2. The added cost may hinder the mass adoption of the newest USB standard. Though there is no clarity as yet about how much USB4 will cost, it’s expected to be slightly cheaper than Intel’s Thunderbolt. However, USB Promoter Group CEO Brad Saunders is hopeful that the overall costs will soon come down.

Now that everything about USB4 is out in the open, when will USB4-enabled devices will finally hit the shelves? Well, without putting your excitement on the backburner, let me say that it’s going to take a while before the USB4-powered devices finally arrive. If manufacturers ramp up their efforts, it would take at least 12-18 months from now for the USB4-equipped devices to go mainstream. So, while keeping an eye on the upcoming devices, be content with what USB 3.2 has to offer.

Now that you know everything that is new in the USB4 standard you must have a pretty good idea about the improvements that are coming with this latest USB iteration. The biggest improvements are coming in the department of speed, resource allocation, and USB power delivery capabilities. If you want to learn more, you can read our in-depth comparison of USB4 and USB 3 by clicking on the link.

SEE ALSO: What is WiFi 6? Everything You Need to Know

USB4: A Great Leap in Most Aspects

Considering everything, USB4 seems to be a great upgrade in most aspects. While the massive jump in speed seems to be probably the biggest highlight, the compatibility with Thunderbolt 3 could prove to be a game-changer. Not to mention, the ability to dynamically adjust the bandwidth between video and data is also worth noting as it will have a significant bearing on productivity. What’s your favorite feature in USB4? Shoot it in the comments section down below.

USB4 Vs USB 3: What’s the Difference?