Skip to content
Home News After a Brief Ban By Google, UC Browser is Back on Play Store 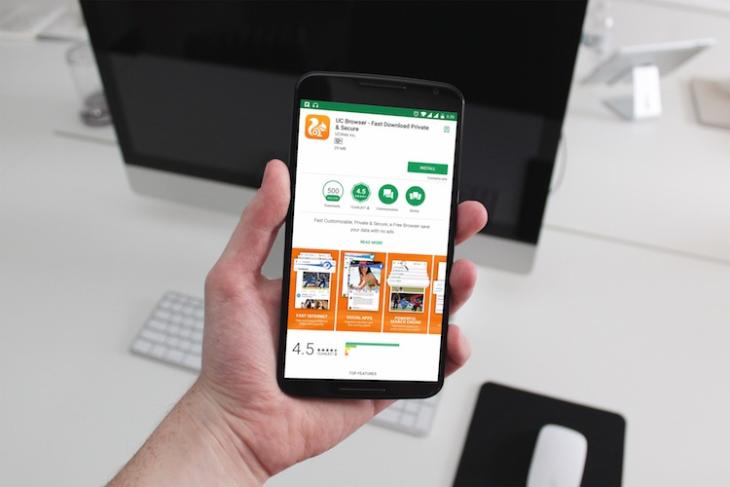 We recently published an article informing our readers about the fact that India’s most popular mobile browser, the UC Browser, was banned by Google and removed from the Play Store. Google said the app was banned because it did not comply with its Play Store policy, as the developers had used misleading promotional policies to increase its user base. When UC browser was banned, there were even reports of Government of India investigating the browser, as supposedly, it was sending users data to its servers in China.

However, all those speculations will now come to an end as the UC browser has returned to Play Store just after a week of being banned. Alibaba-owned UCweb, the parent company of the UC Browser said that a new version of the app is now available on Play Store. According to a statement released by Young Li who is the head of International Business Department at Alibaba Mobile Business Group,

During the brief absence of UC Browser on Play Store, we continued to meticulously check our technical settings while also witnessing an uninterrupted passion of our users for the product, who looked upon the alternative version, UC Browser Mini, and made it to the top of [the] Free Apps category on the Play Store

This statement together with the quick comeback of the UC Browser confirms the fact that indeed the browser was removed from Play Store because the app didn’t meet the Play Store guidelines. Any other speculations concerning the privacy of users have been put to rest. However, how much the brief absence of UC browser along with its privacy concern speculations is going to hurt its reputation and user base in India is yet to be seen. Before it was taken down, the browser had just crossed 500 million downloads on the Play Store and had around 50% market-share in India. Only time will tell if UC Browser will be able to maintain its monopoly in the Indian market or not.