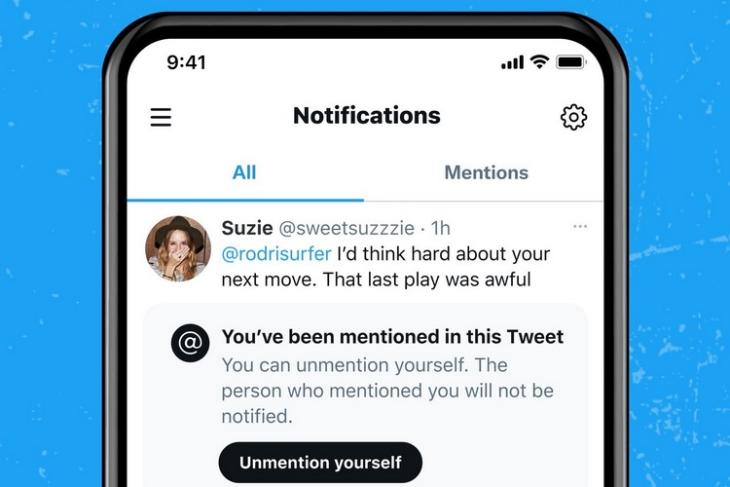 To help users stay away from unwanted tweets and conversations, Twitter is all set to introduce a new feature for its micro-blogging platform. This feature will allow users to “unmention” or “untag” themselves from tweets and conversations and prevent anyone from mentioning them in the future as well It is a nifty new addition that aims to give Twitteratis more control over their privacy.

The feature is currently not live on Twitter yet. However, Dominic Camozzi, the Privacy Designer of Twitter, shared in a recent tweet thread. The feature looks ready for launch,  but the company is looking for user feedback before its full-fledged rollout. You can check out Camozzi’s initial tweet right below.

Check out these early concepts that could help control unwanted attention on Twitter.

Feedback, especially at this beginning stage, is invited (and wanted)! 🧵 pic.twitter.com/6SpzqiwFlL

As you can see, the new “Unmention yourself” feature will essentially let you remove your Twitter handle from a tweet or conversation to prevent unwanted attention. If anyone you know mentions your Twitter ID in a tweet and you find it offensive or just do not want to be a part of that thread, you will be able to unmention yourself. Doing this will remove the link to your Twitter handle from the tweet and convert the @ mention into plain text in the original tweet. 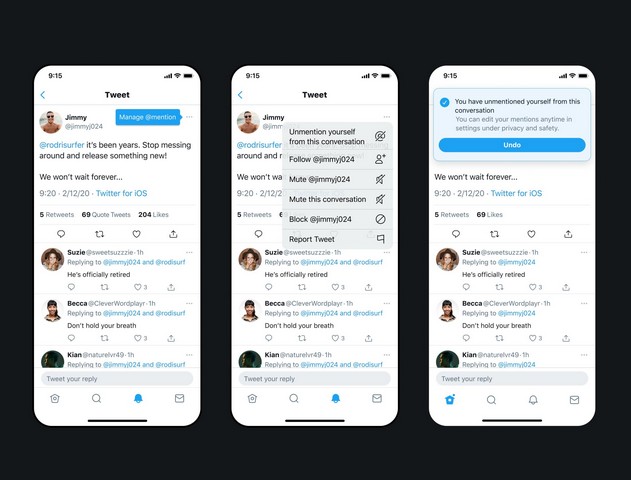 Moreover, if someone you do not know or do not follow on the platform mentions your Twitter handle, you will receive a special notification along with the “Unmention yourself” button. You can then simply tap the button to directly enable the feature and remove your mention from the tweet.

Plus, once you unmention yourself from the tweet, the person will not be able to mention your Twitter ID in their future tweets, until you change your mention settings. 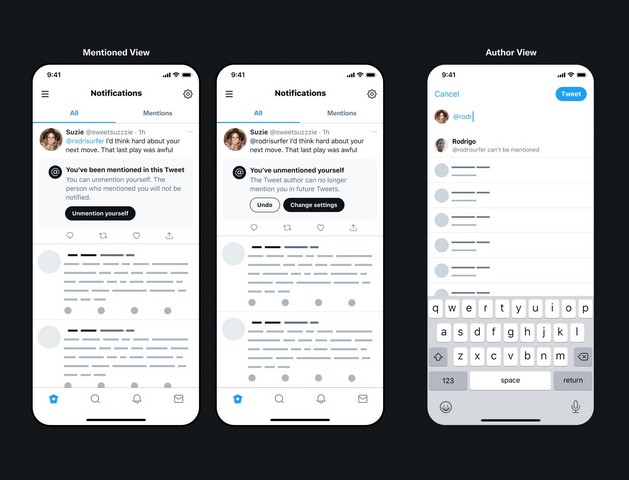 Speaking of the mention settings, Twitter will also let you completely turn off @ mentions for certain time periods. For instance, you can choose not to be mentioned by anyone on the platform for 1 day, 3 days, or 7 days. During the period, nobody on Twitter would be able to mention you in their tweets.

This is a pretty useful addition to the platform that will help users to prevent unwanted attention on Twitter. It is especially useful for cyberbullying situations as a user, who is being harassed by a bully, can remove their association from the bully’s tweets.

The feature is currently in its early stages and is slated to roll out soon. So, what do you think about this new privacy feature on Twitter? Let us know your thoughts down in the comments section below.