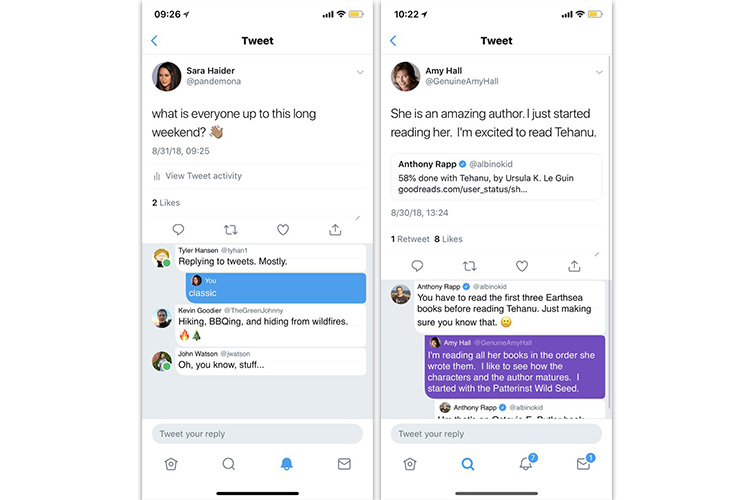 Twitter has reportedly started two new features for the platform which will allow users to send threaded replies and check other users’ status with a new status indicator. According to a recent report from The Verge, Twitter’s director of product management Sara Haider, recently tweeted a few screenshots highlighting the upcoming changes.

hey Twitter. we've been playing with some rough features to make it feel more conversational here. presence and reply threading. still early and iterating on these ideas. thoughts? pic.twitter.com/3U3NvpHWPy

The report further adds that the new features aim to make the platform more “coversational” for its users. In her tweet, Haider wrote:

“hey Twitter. We’ve been playing with some rough features to make it feel more conversational here. presence and reply threading. Still early and iterating on these ideas. thoughts?”

The status indicator feature seems a bit controversial as it will allow users to see when other users are online. Considering Twitter’s past dealings with trolls and harassment, the status feature might not be the best solution to make the platform more conversational. But it’s still too early to say how these features might affect conversations on the platform as they’re still in their early stages of development.

Twitter May Soon Add an Option to Mute DM Requests

Twitter’s Voice Tweets Coming to Android and Web Next Year