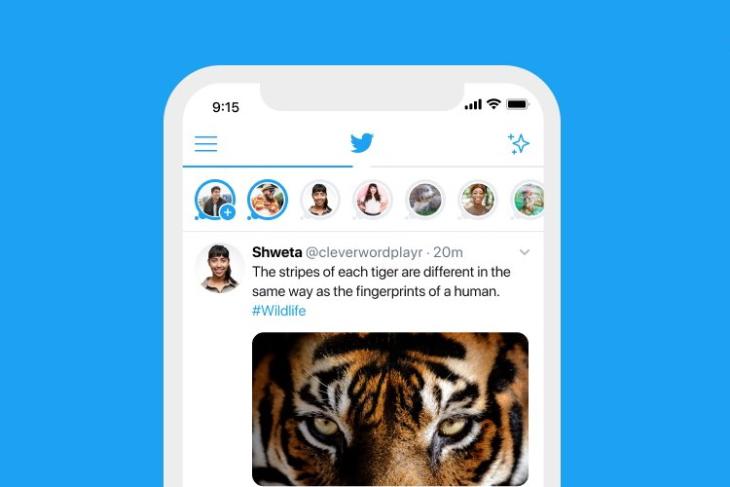 Do you turn to Twitter to voice your opinions and interact with likeminded users? But, are there things you want to say but don’t want to live on your feed forever? Twitter is giving users in India a new outlet to express themselves, one that is ephemeral and disappears after 24 hours, called Fleets.

Twitter Fleets is basically an Instagram Stories-like feature. It was first made available in Brazil in March earlier this year. The feature has since expanded to more countries, such as Italy, and is rolling out to Twitter users in India today. The company made the official announcement via a tweet, explaining the basics in a video.

Testing, testing…
We’re testing a way for you to think out loud without the Likes, Retweets, or replies, called Fleets! Best part? They disappear after 24 hours. pic.twitter.com/r14VWUoF6p

You will now see conversation bubbles at the top of your feed in the form of a carousel. Tapping the bubble lets you read the user’s fleeting thoughts. You can swipe up/ down to access more of the same user’s fleet. Swiping left or right shows you the fleets of the next or previous user.

How do you post Fleets? Simply tap your profile bubble to see the ‘Share a fleeting thought’ text box. Twitter enables you to share text (up to 280 characters), images (clicked instantly or via camera roll), GIFs and videos (up to 2 minutes & 20 seconds) for 24 hours with your followers. Fleets support tagging, links, and hashtags as well. It mimics Twitter’s core values but in an ephemeral format. 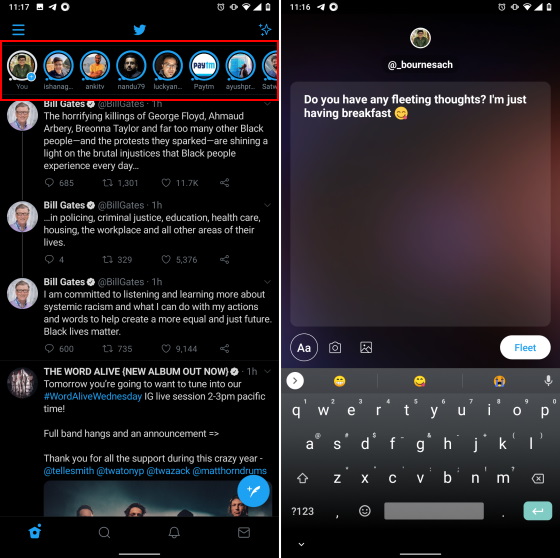 I feel Twitter Fleets can act as a conversation starter for many. Just like we sift through Instagram Stories all day. We will now be scrolling through Twitter Fleet to get access to more info, interact with more users, and share more short-live opinions (and joys) with your following. The company, however, needs to work on a lot of things to make Fleets a widely available and viable feature down the road. This includes new creative tools, ways of discoverability (possibly via Search or Explore), monetization.

Twitter appears to be rolling out Fleets in batches and if you are lucky to have got the feature already, then take it for a spin. Share your opinion on the features down in the comments section.

Instagram Starts Rolling out ‘Add Yours’ Sticker; Here’s How It Works

How to Add Links to Instagram Stories Using Stickers