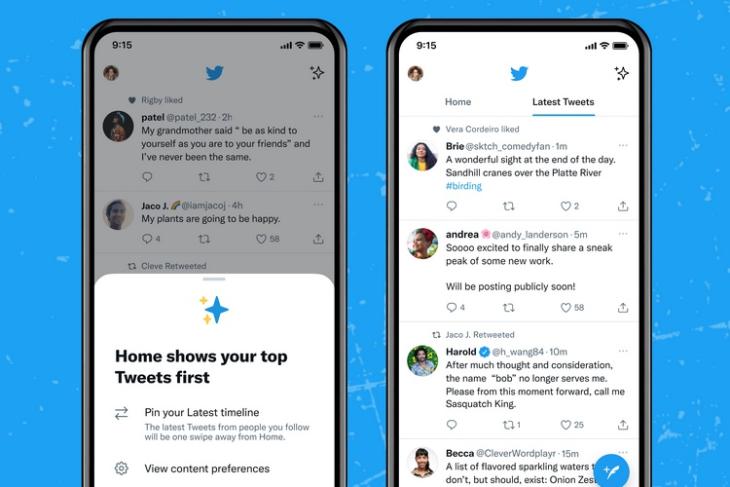 In a controversial move that has drawn criticism from users already, Twitter no longer allows users to see the latest tweets first by default. Twitter is rolling out a new update that defaults to the Home timeline that’s mostly filled with suggested tweets. However, users still have the option to browse the reverse-chronological timeline.

According to Twitter’s announcement tweet from its official support handle, it is making the algorithm-powered Home the default feed. The change is currently rolling out on Twitter’s iOS app and is expected to reach Android and web users soon.

Twitter’s decision to make “Home” the default feed seems like a move to drive engagement across the platform, as opposed to interacting with people you’re familiar with or choose to follow. Responding to the backlash, Twitter says it is collecting feedback. However, it remains to be seen if we will get the option to pin the Latest timeline as the default tab.

So, where do you stand on this Twitter feed situation? Would you rather use the Home feed on Twitter? Share your thoughts with us in the comments section below.