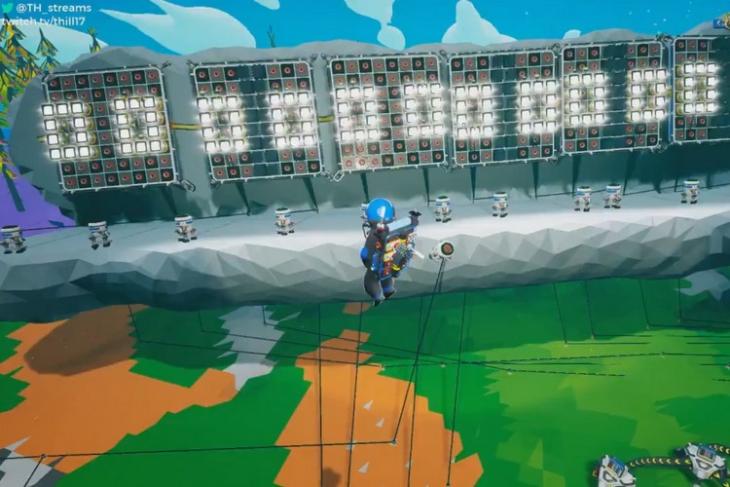 Building things in open-world video games have now become a thing for the streaming world. We have seen people get creative in Minecraft, building whole cities in the game. However, we have never seen a person build a computer inside a computer game. Wait, isn’t that “compu-ception”? Okay, Chris Nolan reference. But, that doesn’t make the in-game computer less cool.

So, Twitch streamer, Tyler Hill recently built a Reduced Instruction Set Computer (RISC) inside the sandbox adventure game, Astroneer. The streamer is best known for his efforts of building computers inside of video games. And if you haven’t heard about the game before, we have featured it in our list of “15 Best Sandbox Games like Minecraft You Should Play” earlier.

Now, Hill announced the success of his creation via a tweet (below) on the micro-blogging site recently. The tweet only shows a demo gameplay video of Tyler using the RISC in an Astroneer session.

However, he later shared an explanation video in the comments of his original tweet.

So, I understood the concept of RISC (and I hope you did too). However, I could not understand the purpose of the one that Hill built in Astroneer. Well, its probably because I haven’t played the game.

By watching the explanation video, I understood that pressing the array of buttons changes those values on the big screens and that does something in the game. Other than that, I got nothing!

So, if you are an Astroneer player and understood what the computer actually does, then do let me know down in the comments section.

Nonetheless, I found the in-game computer pretty cool to look at. And also it is amazing to live in a world in which someone can build a computer inside a computer game. I mean, that is definitely compucep…alright, I am out!