Minecraft is a popular sandbox game which lets users create a unique world and allows them to protect it. The game does not limit the users with tasks and linear gameplay, instead, it lets them take advantage of their creativity to build a shelter and experience limitless possibilities. For this very reason, we love Minecraft and this new idea of simulated gaming. In the quest of finding more games like Minecraft, we discovered several games which offer similar theme and gameplay mechanics. So in this article, we bring you the 15 best games like Minecraft which you can enjoy endlessly. Now having said that, let’s go through the list and find the best games like Minecraft.

In this section, we have mentioned 15 games which are quite similar to Minecraft. They have an identical theme of creating a distinct world and protecting it. Besides that, we have also included games with survival theme which is also a part of Minecraft. With that said, let go through the list and explore the more games like Minecraft.

Terraria is a sandbox game just like Minecraft where you have to explore the deep expanse of forest to survive yourself. You begin with a pickaxe and a sword to find resources as well as defend yourself from zombies, skeletons and flying eyes. However, keep in the mind, unlike Minecraft’s 3D gameplay, here you have a 2D game in a linear progression. Basically, you won’t be able to roam around anywhere and have to stick to one path. But the best part about Terraria is that there are exciting explorations, crafting, combat, and mining for which Minecraft is extremely popular. 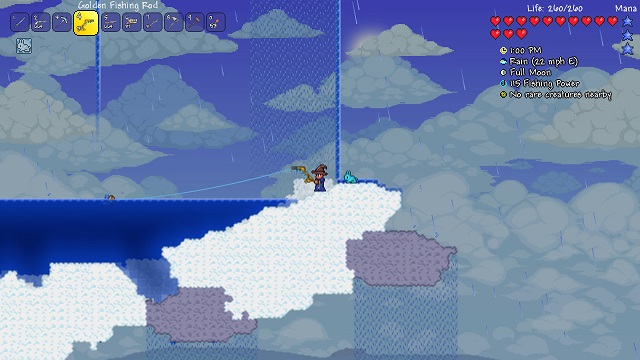 Eco is another one of fantastic games like Minecraft where players have to build a civilization using limited resources from their world. They have to maintain the ecosystem while finding new ways to survive. If you burn coal, the air gets polluted. Similarly, if you cut more trees, the forest ecosystem gets fragile. Unlike Minecraft, here you have to face the consequences for your actions while also crafting weapons and shielding oneself from enemies. It’s a game which is more about creation than destruction. You should definitely play Eco if you are looking for a game like Minecraft but with slightly more responsibility. 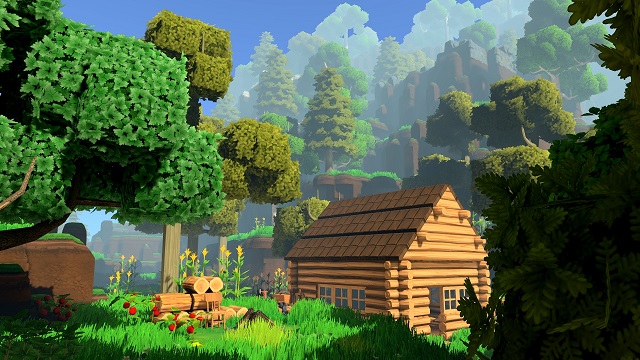 Subnautica is a survival game which is based on Oceans and finding new ways to remain alive on a distant planet. You can explore the ocean and find unique stones, crafting material, etc. Just like you have to face the Mobs on Minecraft, here you have to face Ocean creatures of all kinds. Basically, it’s a Minecraft like game which has exploration, building, crafting and survival, but the battle is fought in the Oceans. You should not miss this epic game filled with adventure and excitement. 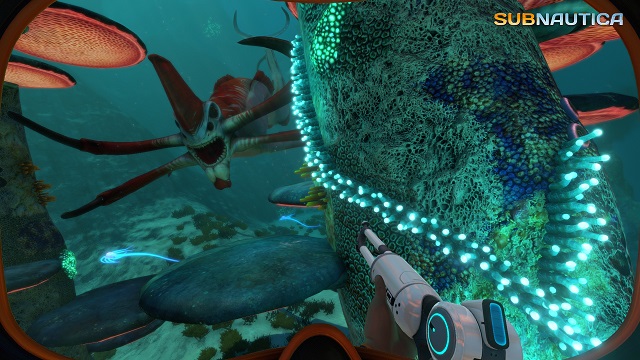 Trove is a unique voxel game which means the game is built on cubicle pixels just like Minecraft’s Blocks. As a result, the world of Trove looks very similar to Minecraft. However, it’s primarily a multi-player game with each character having a distinct style and ability. Also, Trove’s universe is pretty large having many unique characters and entities. With that said, Trove has a similar theme: you have to shape your world by crafting weapons, collaborating with other members, and fighting off the enemies. The game is also better suited for players who love action. If you are looking for a game like Minecraft but on a larger scale, you should definitely play Trove. 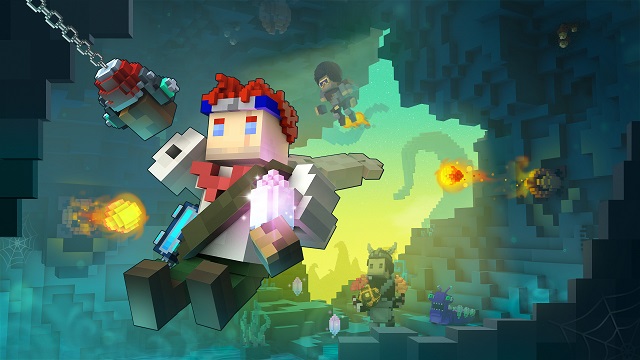 Roblox is a multiplayer gaming platform which allows users to create games as they desire. In a way, it is very similar to Minecraft because both of them share the create-your-own-world theme. It lets you build your own universe, make a shelter, create weapons and find the resources to stay alive. You can develop a virtual ecosystem and discover challenges and adventure along the way. You can also rival against other community on the web and save your world from destruction. The best part about Roblox is that it is pretty immersive which makes it a much better game than Minecraft for many players. 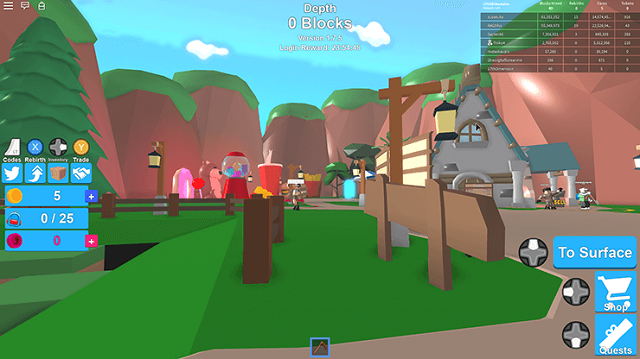 Astroneer is a great game of discovery and adventure set in the farthest planet of our universe. The game is set during the 25th century when Intergalactic traveling has become a possibility. You can be an Astroneer and explore the outer space to find rare resources and solve the mystery behind the existence of the universe. The theme is very much like Minecraft where you have to risk your life and find new ways of survival all alone. You can create a space base and new vehicles which can take you to another planet. All in all, it’s a great survival-adventure game just like Minecraft, but set in the outer space. 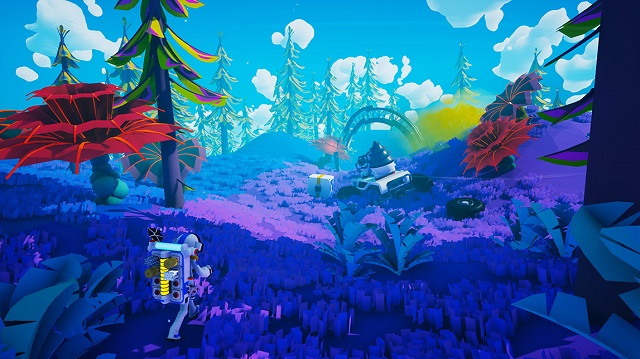 Don’t Starve is a highly acclaimed game and users love to draw a comparison with Minecraft’s inhabitable world. It’s also an open-world survival-adventure video game with lots of possibilities and allows for endless imagination. Unlike Minecraft where you have to build weapons using natural resources, here you have a great blend of science and magic. It makes the gameplay a hell lot exciting and you can do anything you want. You play a scientist where you have to escape a mysterious world full of wilderness. It’s a great game and you will love it for sure. 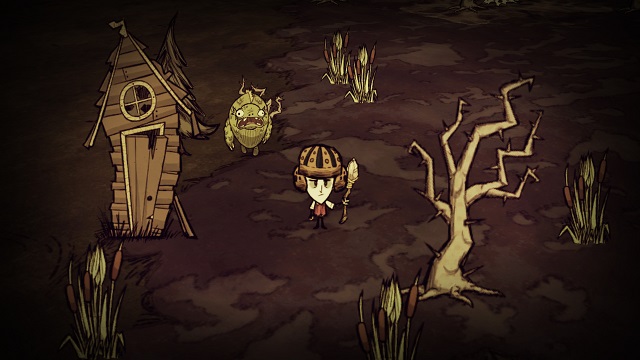 8. Fortnite: Save The World

Not many know but Fortnite has a separate co-operative game known as Save The World where players have to save the survivors after a ghastly attack on Earth. The theme is very similar to Minecraft where players co-ordinate with each other and collect resources to build a fortress and fight the storm. Along the way, you can create weapons and traps against weird creatures who have taken hostage of Earth. Simply put, Fortnite: Save The World is an exciting game and you will love the survival-adventure action to bits. 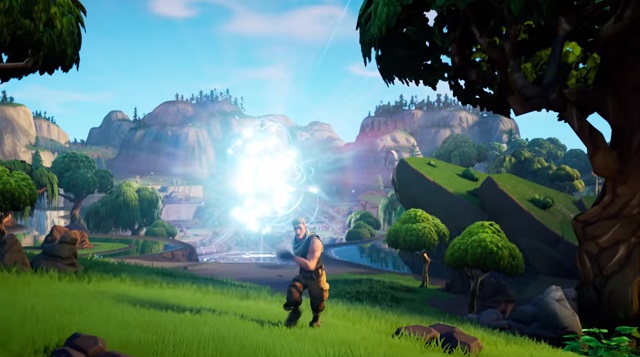 9. The Flame in the Flood

The Flame in the Flood is a rogue survival game where a river wrecks havoc following a huge flood in post-societal America. There is a shortage of food, supplies, and people have to move to wild forests to save themselves. In all of this, you have to survive from snake bites, hypothermia, and open wounds. It’s a game about a master survivalist and how one deals with deluge and wilderness all of a sudden. There is no villain in this game except your wounds. You have to survive at any cost and that is all. The theme of this game is very identical to Minecraft and I think you are going to enjoy this epic survival game. As far as games like Minecraft go, this one brings a unique survival twist which you are going to love. 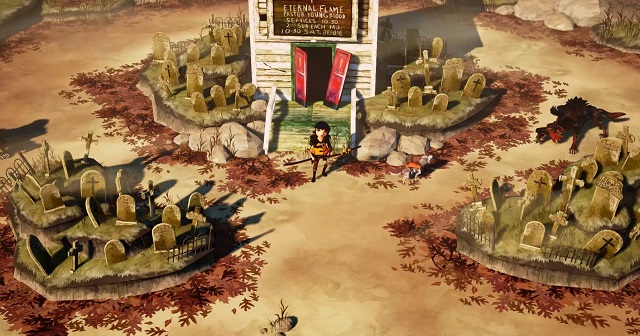 Lego Worlds is a game which is truly like Minecraft with countless discoveries, surprises, and the ability to create anything with Lego bricks. It also follows similar gameplay where you can create landscapes and constructions in a 3D procedurally generated world. Besides that, you can create various weapons, vehicles like helicopters and unique creatures too. The more you collect rare objects along your way, the more reward you get. You can use the rewards to unlock the next level of the game. In essence, it’s a family game and kids would surely enjoy this while interacting with various objects and building things. 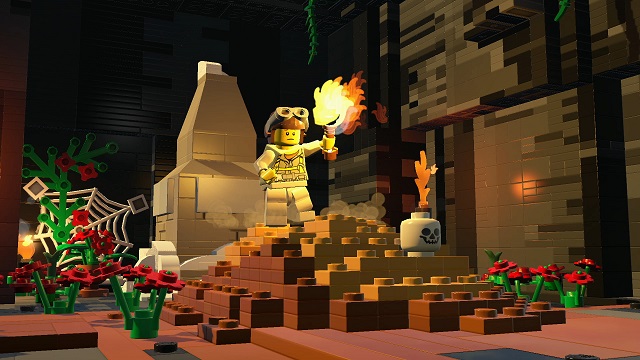 Starbound follows the similar principle of Minecraft where you have to create your own world and save it from the enemies. The game begins after the destruction of Earth where you explore the intergalactic planets in a spacecraft. After a while, you come across this habitable planet called Earth where you land and start an adventurous journey to bring back life. To fulfill the quest, you will have to build new armors and fight off the weird creatures. Starbound is a great survival game and I must say, there are many surprises and discoveries as you play along. 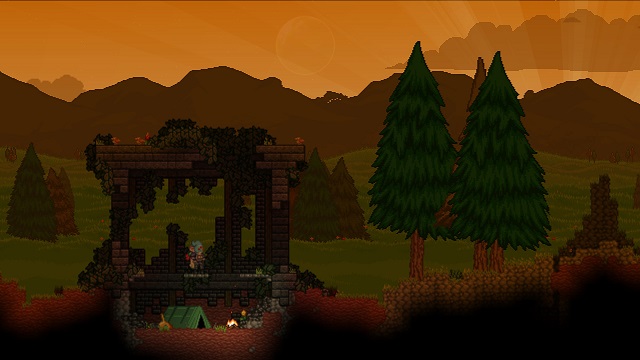 Blockheads is a classic game just like Minecraft which is only available on mobile phones. At its heart, it’s an action-survival sandbox video game where you can freely roam around and create your world. Similar to Minecraft, here you can explore deserts, forests, mountains, and all the wilderness to build your shelter and stay alive. There are also complex caves and snowy mountain tops which you have to survive using collected resources. However, do note that it’s not a 3D generated world like Minecraft. The gameplay follows a 2D linear procedural world. Anyways, Blockhead has everything to make you yearn for a survival game on your mobile phone. 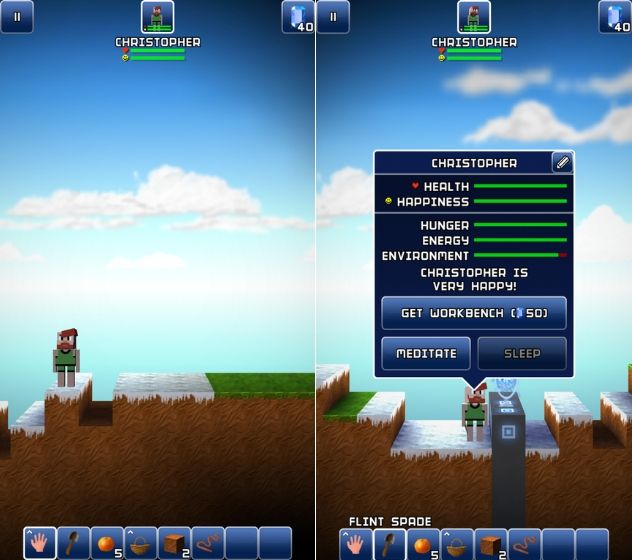 Crashlands is a popular action-adventure, role-playing video game with distinct characters. In a way, it’s not exactly like Minecraft where you create your world and preserve it, but there are interesting survival techniques and you will surely love those. You will have to explore the planet and find rare resources risking your life. In the process, you will create new weapons, tools and face bizarre creatures of the planet. With all that, you can create your base, inventory and get ready for a possible attack. Simply put, Crashlands is all about survival and how you deal with midnight zombies. 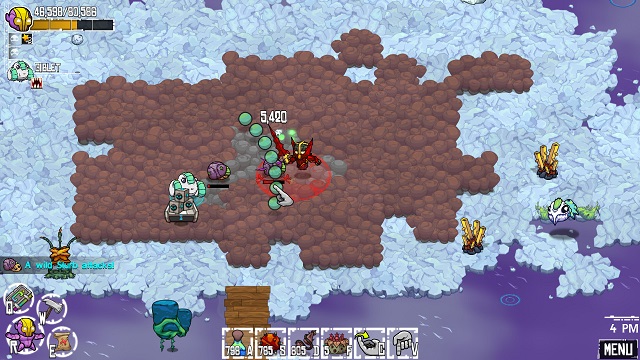 Block Story is a role-playing video game, set in a distant land where weird creatures have taken over your biome and you are on a run to save to your life. However, the interesting part is that there are some creatures who can help if you complete a quest. Upon doing so, you get a reward and using that, you can get anything including dragons, weapons, and armors. After completing multiple quests, you can gather enough power to fight off the attackers and free people from the terror. It’s a classic game of survival and you should not miss it. 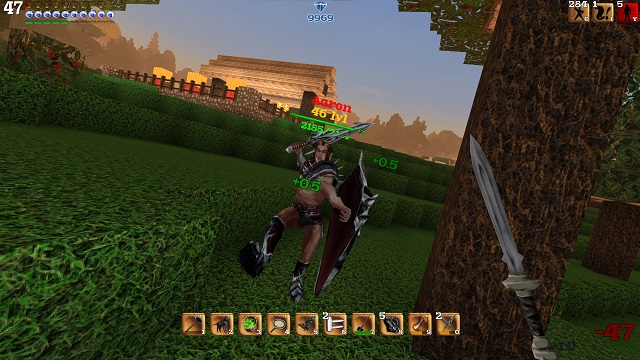 Craft The World is a new game set in a unique world where you lead a team of dwarfs to free your settlement from dangerous creatures. There is exploration, resource building and ability to craft weapons from objects which is very similar to Minecraft. You will have to build a dwarf fortress to keep a check on the dangerous creatures and keep them out of your biome. While the game is quite exciting, it’s a 2D game with linear gameplay. Nevertheless, you can surely play Craft The World to experience sandbox gaming in a raw form. 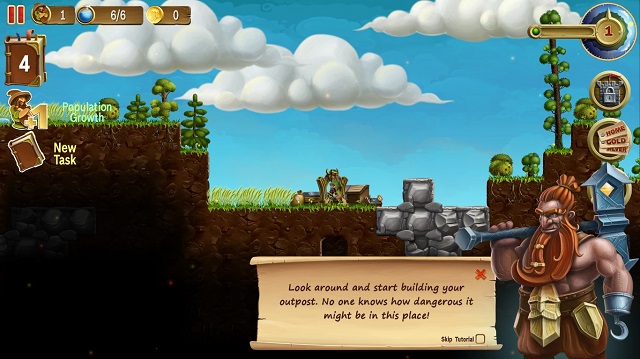 So that was our list of 15 games like Minecraft which have a similar theme and share an identical survival strategy. We all love Minecraft because it lets us create our own world and allows us to protect it with many discoveries and rare weapons. In line with that, there are many games which are built on the same theme but have brought another dimension to the gameplay. We have indeed mentioned those games on this list. So, go ahead, play the games and overcome the challenges. Anyway, that is all from us. If you liked our selection of games similar to Minecraft, do comment down below and let us know.

How to Make a Goat Farm in Minecraft

How to Make a Diamond Pickaxe in Minecraft