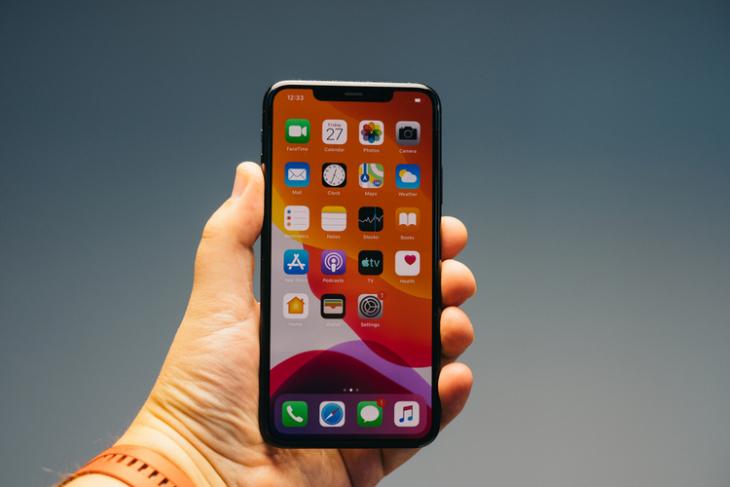 A new report from Flurry Analytics suggests that Apple was the clear winner in terms of device sales this holiday season. According to the analytics firm, almost 43% of new device activations from Christmas through New Year in the US were Apple’s iPhones.

As you might have guessed, the top-selling device was the iPhone 11. The handset gained a 6% market share. It is closely followed by iPhone XR at 5.2%. The report notes that iPhone XR was the top-selling smartphone until Christmas. Older Apple devices like iPhone 7 and iPhone 8 have managed to make it to the list as well.

Notably, Apple managed to secure the top nine positions in the list of devices activated from Christmas through New Year. iPhone 11, iPhone XR, iPhone 7, iPhone 8, iPhone 11 Pro Max, iPhone 8 Plus, iPhone 6 Plus, iPhone 7 Plus, and iPhone X are the aforementioned nine smartphones. 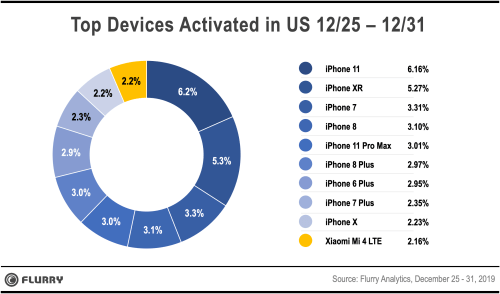 South Korean smartphone giant, Samsung is the second most successful smartphone maker according to the report. Despite securing the second position, the company’s top-selling phone was Galaxy A10e and it comes in the eleventh position. Surprisingly, Xiaomi’s Mi 4 LTE version holds the tenth place.

The analytics firm points out Apple’s annual device release strategy for its success in the holiday season. It also mentions the habit of gifting gadgets prevalent in the US for Apple’s sales figures.

So, did you purchase a new iPhone this holiday season? Let us know in the comments.