Skip to content
Home News Game of Thrones to iPhone 11: Here Are the Top Google Searches in 2019 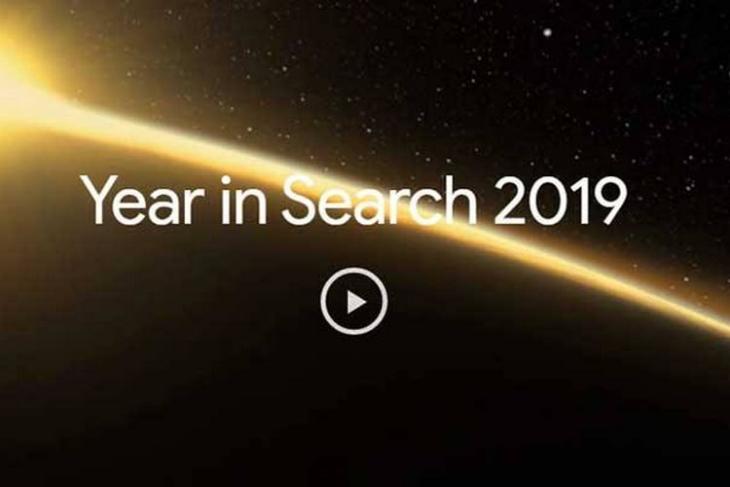 Following the release of its YouTube Rewind 2019 earlier this week, Google on Wednesday published its ‘Year in Search 2019’ video montage along with detailed lists of all the trends, people and events that were ‘Googled’ by netizens this year. According to the company, searches for heroes — both superheroes and everyday heroes — soared around the world in 2019. “In fact, ‘hero’ was searched three times more than ‘villain’ globally this year”, said the company in an official blog post.

The top-trending searches include the usual suspects, including sporting events like the ICC Cricket World Cup, popular tech gadgets like the iPhone 11, the final season of Game of Thrones and the blockbuster Marvel movie, Avengers: Endgame. India vs South Africa was apparently the top-search this year, peaking in the middle of October because of the recent cricket series between the two countries, while Copa America, the continental football championship for Latin America, was the most-searched-for news event in 2019.

Meanwhile, the top-ten list of most-searched people include a whole host of footballers, including Brazilian superstar, Neymar; former Spanish goalkeeper, Iker Casillas; and US women’s soccer players, Alex Morgan and Megan Rapinoe. No Indian athlete, including Virat Kohli and MH Dhoni, could make it to the list.

Meanwhile, the top-five trending movies this year were Avengers: Endgame, Joker, Captain Marvel, Toy Store 4 and Aquaman, while the top music tracks were Old Town Road, 7 Rings, Shallow, Señorita and Memories. Finally, the top TV shows you searched for this year include Game of Thrones, Stranger Things, Chernobyl, When They See Us and The Umbrella Academy.

So, how many of the aforementioned items did you search for this year? Let us know in the comment section below.