Coding is an art for those who are passionate about it! In spite of your level of passion, you have to take an effort to learn a particular programming language, for both professional and personal purposes. When you want to develop a web-based app or software for your startup, you might need the help of several programming languages, particularly those popular ones out there. Well, if you are still confused about programming languages that you should learn for the sake of future, we are here to help you!

In this post, we will have a look on top 15 programming languages you’d have to learn if you want to develop great apps, websites and anything with algorithms.

If Java was not there, you would not see many of today’s popular web-based applications. Moreover, Java is used in a number of instances, ranging from dynamic websites — by means of JSP — to Android Development — in which it does play a core role. In between, you can find JavaFx that is used to create desktop applications, J2ME that is used to create apps for Java-powered feature phones and lots more. You can find many links for java download but it’ll be good if you use an authorized link.

If you check history of programming languages, you’ll find that C is one of the oldest languages and most of popular programming languages of today have some sort or other relation with C. C will be damn useful when you want to do system level programming, as in the case of Operating Systems, development of Hardware Drivers and Embedded Systems. Despite being easy to learn, learning C will be quite useful for your coding career.

JavaScript is a programming language that is used to integrate elements of interactivity in a website, despite the fact that it has some other capabilities. Nowadays, it is hard to find a popular website that does not make use of JS in one way or another, as everyone loves interacting with users. Plus, there are a lot of JS frameworks to assist you build UI.

During development, you may often need to make use of maximum processing power of a PC, for instance when you develop heavy resource consuming desktop software, games that require hardware acceleration, apps that require a lot of memory to run. In these situations, you can prefer C++ to other tools and you will never regret learning this. It is the most used language when it comes to low level programming.

If you are looking forward to develop applications or software for Microsoft-powered devices and platforms, you’ve to give priority to C# in spite the fact that learning C Sharp would not be a tough task if you know C and C++. Indeed, this programming language has a high demand, and you will never have to enjoy boredom if you are quite good at it.

While interacting with computer or letting users interact, there will be a huge amount of data and SQL is a great way to manage the data neatly. SQL is the abbreviated form of Structured Query Language and it is used throughout the globe to manage immense data when it comes to both web and system apps. So, if you have databases to keep, SQL is a must.

Nowadays, it is hard to find a resourceful website that does not make use of PHP in one section or another. Along with help of database management solutions like MySQL, PHP is useful in building web applications that involve use of data. Plus, you will find that most of popular CMSs are powered by PHP – WordPress for instance.

Python is yet another multipurpose programming language that is used in various sectors of technology industry, like web-based apps, data analysis etc. What makes Python even popular is availability of frameworks that will suit lots of requirements of yours. Python can be used to solve problems in case of data analysis as well. So, learning Python will be helpful in one instance or another.

Objective C is one of the most significance programming languages when it comes to developing for some of popular platforms such as iOS. Although we can sense presence of Swift — Apple’s language for iOS development —, this has to play as the foundation of iOS development, when you have that desire to be in Apple App Store.

.NET is not actually a standalone programming language, but you’ll have to learn this when you want to get into the development of apps for Microsoft cloud. Quite recently, Apple and Google offer support for .NET, which means that your proficiency in .NET will help you build apps that have multi-platform support.

Are you interested in building apps for iOS and Apple OS X? Want to do that with the power of interaction as well as lightning-fast algorithms? Well, then, you should never avoid Swift from your programming language wishlist. Swift was introduced in last WWDC and it has won hearts of almost every developer so far. When compared to Objective C, Swift gives you a far more native experience as the programming language has the touch of Apple.

If you are looking forward to develop for data analysis statistical computing section, knowledge on R — the language — is essential in 2015, especially when we consider the overwhelming growth and significance of data analysis. Since there are no sections that make does not make use of data analysis, R will have its significance everywhere, we bet.

Perl is a family of high-level, dynamic programming languages and it includes Perl 5 and Perl 6, which are rumored to be known by a few people only. This powerful programming language is used in confidential sections of tech world including security of cyber world, development of web apps and websites etc. Altogether, the web may pause if there is no Perl to help.

Ruby’s a programming language and Ruby on Rails is an application framework that’s written in Ruby. Ruby on Rails had attracted limelight due to increasing popularity of start-ups. When we compare it with Java and .NET, Ruby on Rails has more features to offer for the sake of rapid web development that makes sense. So, you can add Ruby on Rails into your list as well.

Well, is there any other programming language that you consider important in terms of productivity? Then, we will love to know those names through your comments. 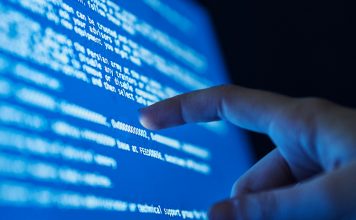 Researchers at Guardicore Labs recently came across a malware attack that took down over 800 machines of a medium-sized medical tech company. The malware...
Subin B - Jan 19, 2020 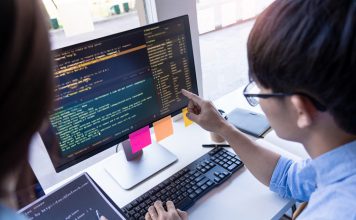 Microsoft Blazor Lets You Build Android and iOS Apps in C# and .NET 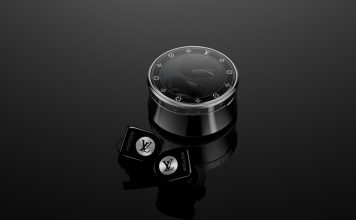 These Louis Vuitton Earbuds Costs Over $1000

If you're looking for premium earbuds and feel the AirPods Pro are no match to your standards, popular luxury fashion brand Louis Vuitton has...
Subin B - Jan 19, 2020

Here’s When Your Country Will Get 5G

The whole tech industry is stepping up to embrace 5G technology. At the time of writing this article, there are 6470 commercially available 5G...
Subin B - Jan 19, 2020