In my quest to find new apps and things to try out, I came across Google’s series of Go apps recently, and while I was trying those apps out, one app that really stood out was the Maps Go app.

That app, when I downloaded it from APKMirror, came in at just 0.09MB for the APK. That in itself is mind-blowing, but even on installing, the app expanded to just 238KB! As incredible as that was, I was wondering how it’s even possible to do that. Our totally awesome (excuse me while I toot my own horn) Beebom app v2.0 (that you guys will get very soon, and you’ll love it) comes in at around 22MB when installed. So yeah, I was skeptical as to what the app is even capable of. 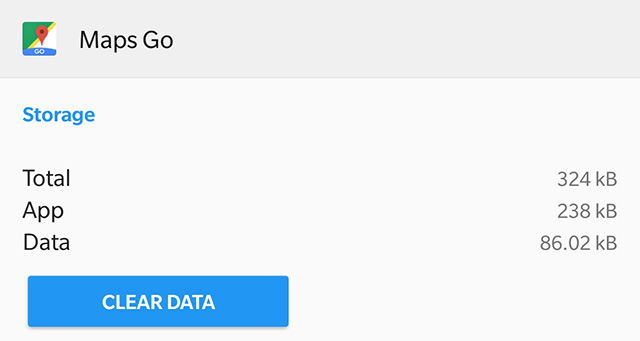 Turns out, a lot. The Google Maps Go app does a lot of things that the regular Maps app does. I can search for places, switch to satellite view, enable traffic layers and what not. However, one thing the app doesn’t do is navigation, and that honestly is a big turn off. What’s the point of me looking for directions if I can’t navigate according to them? 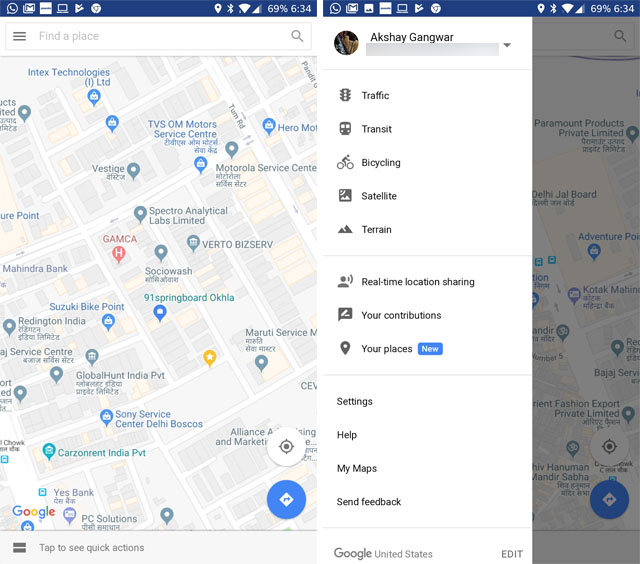 But Maps Go also brings features that the regular Maps app doesn’t. As shocking as it is, Maps Go has the Maps on the web feature that lets you check travel times according to when you wish to depart from your location, or when you wish to arrive at your destination, which is really useful a lot of times. 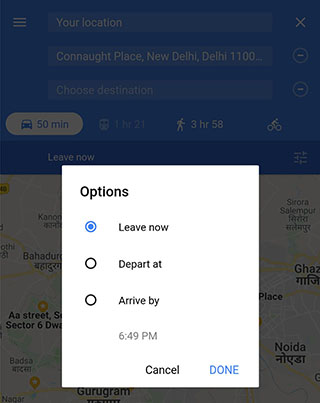 That very feature is what struck me as odd, though. I mean, it’s a web feature, why’d it be baked into a version of maps that’s meant to be as light as is possible? If Google didn’t deem it important enough to be on the regular app, there’s no way they thought it should be on a lightweight, stripped down version of the app at all… That’s when I thought that maybe Maps Go is actually a container for a responsive, mobile-optimized version of the web app, and it kind of is.

Maps Go looks like a progressive web app for Chrome, as I can tell from the notification I receive while using it (see below). I’m not complaining… Google is pitching Chrome as a Go app as well, thanks to its Data Saver feature, so it makes sense that the company expects it to be installed on Android Go phones.

All in all, I love Maps Go, and I really love what Google is doing with Android Go — it’s awesome, but I don’t think there’s a point to having a Maps app on your phone that you can’t navigate it. Maybe Google can do something about it, I don’t know, but I really hope they do.