Tasker is one of the most intuitive applications available that allows you automate your devices in ways you would not believe. The only downside to using Tasker is that the entry level is high and it may be cumbersome to use for the non-technical user. We recently showed you 15 of the best Tasker actions to get you started with Tasker but we also realise that some people don’t just fancy Tasker and that is why we have made this list of six solid alternatives that will give you some level of automation on your android device. 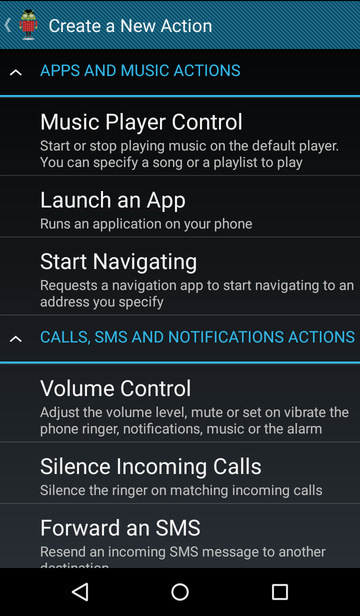 Previously marketed as the “mini-tasker”, Condi functions just like Tasker but it has a much lower entry level and does not need root access for most tasks. Once you’ve installed the app, creating a new action is very easy. Just tap the “+” button on the menu bar to select from a list of actions such as launching an app, turn on or off connectivity and sensors, silence incoming calls and more. Once you select an action, it will prompt you to choose a trigger for that action which could be location based, time based or when the app detects an activity on your hardware (such as when you connect your charger e.t.c.). You can also set an exit task when the conditions required to trigger that action is no more satisfied. 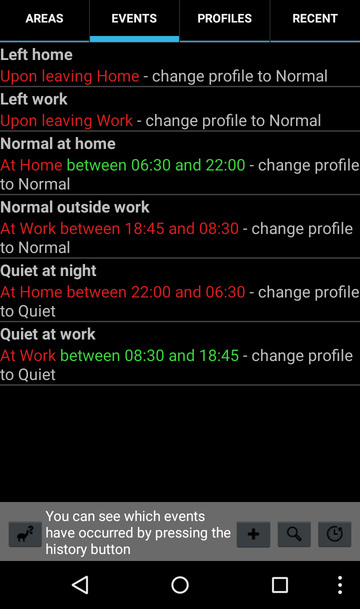 A huge 4.6 rating and over 1 million downloads would suggest that this app must be a very good one, and it is! Llama is completely free and uses your current location to trigger predefined actions (such as running apps, setting screen brightness, killing apps and lots more) on your smartphone or tablet. It uses phone masts to determine your location so you can set off various actions depending on where you are as well as the time of the day. Llama comes with some predefined actions (mostly sound profiles) that can be modified or added to. You will need to teach Llama how to identify your current location (such as Home or Work) by long pressing either option and selecting how long you will be there so it can know which phone masts are for which location.

Note: GPS is not used so this method will work best in a populated area where there are many phone masts. You can also try the experimental wifi-based location tracking or just use time based profiles to trigger your set events. 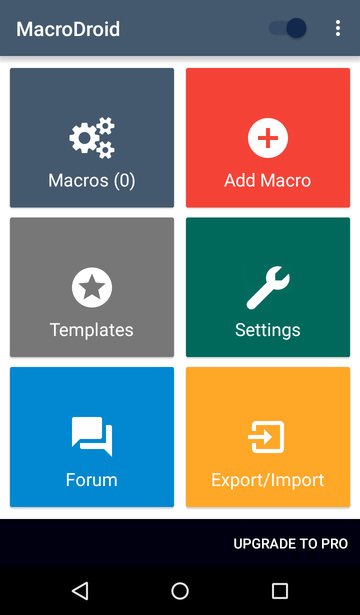 MacroDroid is a beautifully designed app which follows the material design trend and has enough functionality to sway you away from using Tasker. The free version offers just five macros (tasks) and show ads. But you can upgrade to pro (offered as an in-app purchase) for only $2.99 to remove those restrictions. To create a new event, just tap the “add Macro” button to open a new screen where you must select a trigger for your event and then select the action to be performed. For example, I set my phone to take a screenshot whenever I shake my device. Some actions are available only on rooted devices but most will work for non-rooted folks as well. You can also set a constraint if you want to allow or prevent your macro from running based on certain conditions. Finally, you need to give your Macro a name and category, then save. 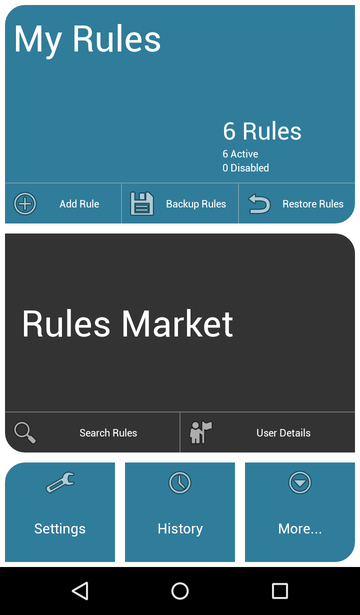 AutomateIt is another popular alternative to Tasker and is available in two variants: a free and pro version. It has a unusual but simple interface and operates using rules. To add a rule, you need to click the “add Rule” button then select a trigger for the event and then select the action to be run. You can also select multiple actions but you need to be registered in their database to unlock that feature. You can also checkout the rules market to view some highly regarded rules created by the community which you can use on your device. This is a handy feature which will aid beginners in creating useful automated actions for their device. 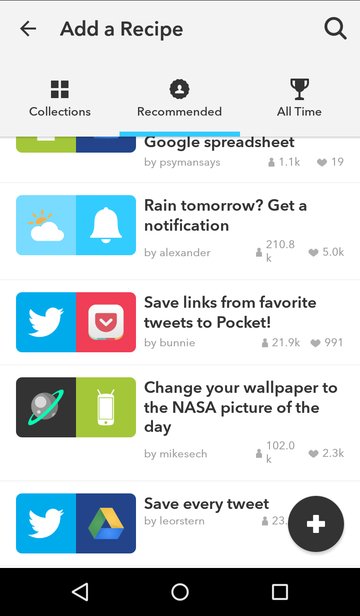 IF lets you create powerful connections between apps by creating simple recipes to connect popular apps such as Twitter, Facebook, Gmail and lots more. For example, you can get notified of you favourite team’s final match result through ESPN automatically, or post all your Instagram photos to Twitter, or even save links from favourite Tweets to Pocket. IF get’s you started by showing the most popular recipes once you login so that you can get started with those right away. You can also create your own recipe by pressing the “+” button and then selecting a trigger and the corresponding action. 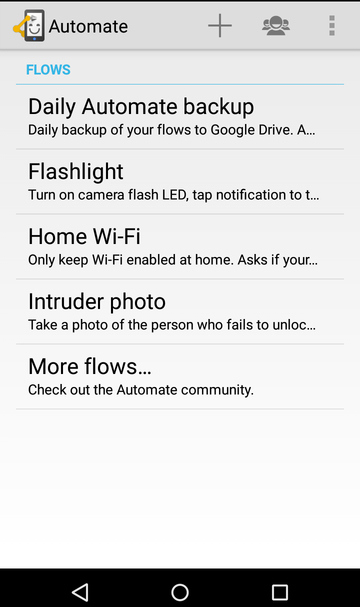 As the name implies, this app helps you automate tasks on your device using “Flows”. To create a new flow, simply tap the “+” button on the menu bar. There are some sample flows already pre-configured which you can start using and you can also check-out top rated flows created by the community through this app which you can download and use right away. Automate can perform several common tasks for regular users and even includes powerful tools for more advanced users such as executing shell commands, REST calls, NFC, and much more.

Tasker is a great automation app for android but it’s not the alpha and omega of android automation. The apps listed here work well and may even be better suited to your needs. Best of all, they are all free (or offer free versions) so you can install and test them out right now. Don’t forget to share your thoughts with us in the comments section below.