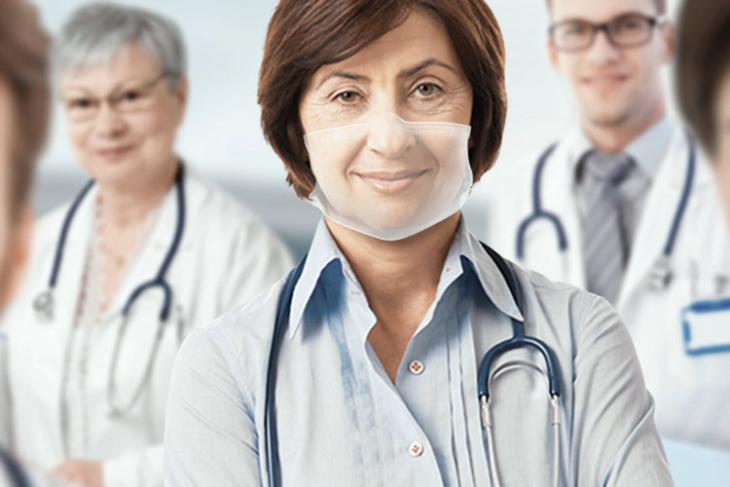 A team of researchers from Swiss University, EPFL, and the Swiss federal materials-science center, Empa, have come up with a biomass-based material that they claim can be used to create “completely transparent surgical masks”. They have also registered a startup to called HMCARE to market the new product. On Wednesday, the company announced that it has raised CHF 1 million (~$1.05 million) to develop the industrial process.

If all goes according to plan, the product will be launched commercially in early 2021. Called ‘HelloMasks‘, these are intended to replace the three-ply blue/green/white masks typically worn by healthcare workers. However, while these transparent masks are primarily intended for use in the healthcare sector, they can be worn by anyone. In fact, the company plans to market these to the general public once it can meet the demand from medical and dental workers.

In a blog post on Tuesday, the university said that the idea about a transparent mask came to Klaus Schönenberger, the head of EPFL’s EssentialTech Center, when he was working in western Africa during the 2015 Ebola outbreak. “It was touching to see that nurses – covered from head to toe in protective gear – pinned photos of themselves on their chests so that patients could see their faces”, he says.

The HelloMasks are disposable, just like regular surgical masks. That being the case, the researchers made it a point to find a material that was either recyclable or biodegradable. According to the post, the material used in the HelloMasks is 99% biomass-derivative. According to Thierry Pelet, the CEO of HMCARE, “Our material is made at 99% from a biomass derivative. And we’ll keep working on them until they’re completely eco-friendly”. You can learn more about HelloMasks on the official EPFL website.