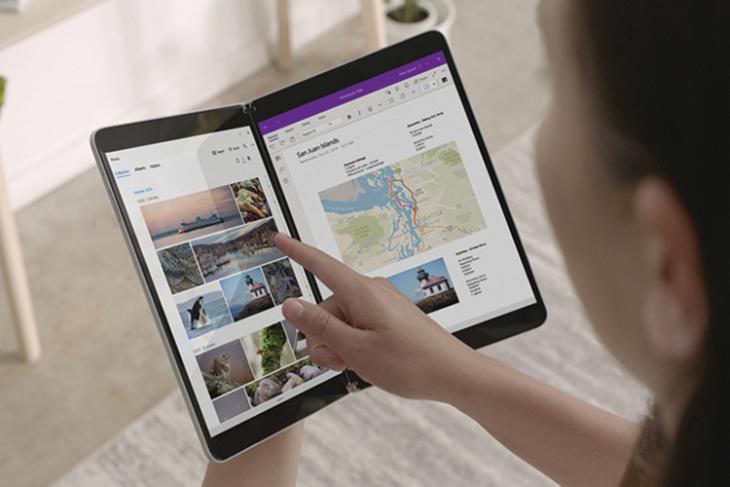 Microsoft was expected to launch the Windows 10X-powered Surface Neo in time for the Holiday 2020 shopping season, but a new report from ZDNet now suggests that the device might not see the light of day this year. In fact, Microsoft’s Chief Product Officer, Panos Panay, is said to have informed some members of his team on Wednesday that the company won’t even let any third-party vendor ship dual-screen Windows 10X devices in 2020.

While the news may come as a bit of a disappointment to some, the decision is keeping in line with Microsoft’s plans of prioritizing single-screen devices with Windows 10X to compete with Chromebooks in the US education sector. Leaked documents last year suggested that Windows 10X might be available not just on dual-screen and foldable devices, but also on standard clamshell laptops.

Meanwhile, plans regarding Microsoft’s Android-powered Surface Duo are unclear at this point, but the report suggests that it might still launch before the end of this year. It was originally envisioned as a Windows-powered device under the codename Andromeda before Microsoft ditched its in-house operating system in favor of Android and, was expected to be launched in Q3, 2020. However, reports earlier this year claimed that the company might start shipping the device this summer if everything goes according to plan.

It will be interesting to see when Microsoft starts shipping the Surface Neo and the Surface Duo, given that both have been under development for an inordinately long period of time. Of course, with the raging pandemic showing no signs of letting up in the foreseeable future, it’s probably easy to see why launch plans for the former is being pushed back. It won’t be a surprise if Microsoft is forced to cancel its early launch plans for the Surface Duo as well.