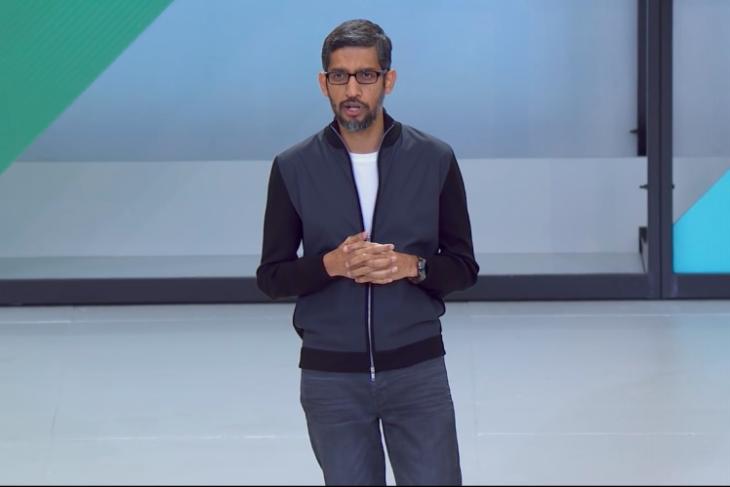 Artificial Intelligence (AI) may only be a nascent technology, but it is already raising the heckles of informed consumers, privacy activists, regulators and industry insiders alike. Following the European Commission’s announcement last week that it is considering a moratorium on the use of AI-based facial recognition in public areas for up to five years, Google CEO, Sundar Pichai, penned a stunning column on FT on Monday, agreeing that governments around the world need to regulate the technology to prevent its misuse.

Now Pichai has seemingly doubled down on his views at an event in Europe earlier today. Speaking on artificial intelligence during a Bruegel think tank conference in Brussels, Belgium, Pichai said that the moratorium on the technology may be well worth it, considering that it can be used for nefarious purposes by malicious actors. “I think it is important that governments and regulations tackle it sooner rather than later and give a framework for it … It’s up to governments to chart the course”, he said.

It’s worth noting that the proposal to impose regulations or restrictions on AI is a touchy subject within the tech industry in general and Silicon Valley in particular. While the EU proposal has largely been backed by Pichai, it has received major pushback from other leading names in the industry, including Microsoft President, Brad Smith, who claimed that the benefits of facial recognition technology will far outweigh some of the possible negatives being cited by privacy advocates and civil rights activists.

According to Smith, “I’m really reluctant to say let’s stop people from using technology in a way that will reunite families when it can help them do it … you don’t ban it if you actually believe there is a reasonable alternative that will enable us to, say, address this problem with a scalpel instead of a meat cleaver. There is only one way at the end of the day to make technology better and that is to use it”.