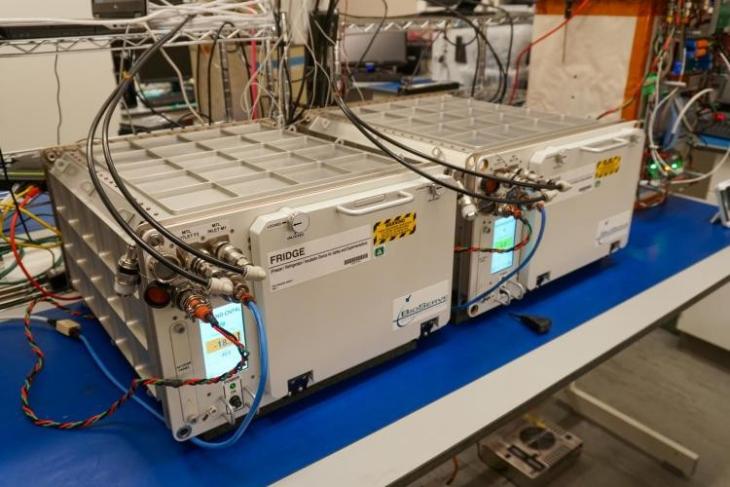 After getting a toilet upgrade earlier this year, the International Space Station has now got a new innovative refrigeration system to keep consumables fresh for long periods. The new ‘Freezer Refrigerator Incubator Device for Galley and Experimentation’ a.k.a. the F-R-I-D-G-E (Whoa! reminded me of Codename: Kids Next Door) is developed by researchers at the University of Colorado, Boulder.

These microwave-sized refrigeration devices have been developed by the BioServe Space Technologies division of the UCB. Back in April, the team released an official blog post about the new devices.

In this post, Robby Aaron, an aerospace student who worked on the project, said, “There are no rotating parts, no fans, which is really big for reliability. A normal fridge on Earth is also hot in the back. We can’t have that in space. Warm air doesn’t rise in microgravity; it stays stationary and can cause things to overheat, so you must get rid of heat some other way. ISS has a water-cooling system we’ll be tapped into to directly dump the waste heat and keep the system cool.”

So, astronauts aboard the station will finally be able to have real meals, instead of those rehydrated consumables. Moreover, as there are no rotating fans or motors, these will consume much less power to function.

According to reports, these devices are already in the ISS and currently are being used to store test materials that need refrigeration. However, NASA is deploying eight more units to the space station soon. Moreover, two out of these eight units are already on their way, carrying perishable meals and medicines.