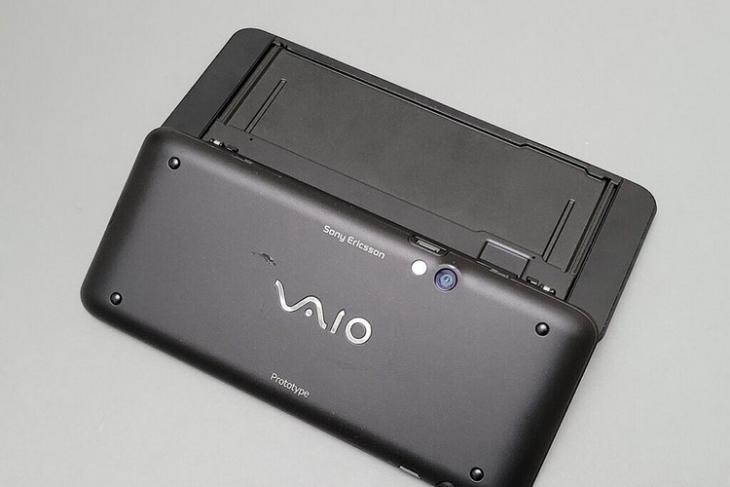 About a decade ago, there were rumors about a VAIO-branded smartphone from Sony that was to hit the market with a physical design that was quite unique back then. The smartphone, however, did not see the light of day and was tucked away somewhere in one of Sony’s facilities. Now, following the launch of Sony’s latest Xperia 5 II smartphones, we have some high-res pictures of the prototype of the Sony VAIO smartphone from 2010.

Folks at XDA Developers recently managed to acquire a few high-quality pictures of the unreleased smartphone from Sony’s computer brand. And according to their report, the smartphone was to be a predecessor of the first Android smartphone from VAIO. The company came up with this smartphone in 2015, after separating itself from Sony in 2014.

An Unreleased Game Changer From Sony

Now, coming to the “Sony Ericsson VAIO” prototype, the device rocks a 5.5-inch display with an ample amount of bezels around it. It also featured three physical buttons at the bottom, a now-gone headphone jack, and a mini USB port for charging, much like the other smartphones at that time.

The VAIO smartphone had a physical design that could have been a game-changer for the smartphone industry back then. The device had a unique two-step horizontal-sliding mechanism with a full-size physical QWERTY keyboard hidden underneath the display.

Now, the keyboard, with the big key-caps, generous key-travel, and an additional set of Android buttons, was a good piece of hardware itself.

However, the differentiating factor of this smartphone was its exclusive two-step sliding mechanism.

This sliding design let users slide up the display, once to get a flat, slide-up display with a portion of the keyboard revealed. Then they can slide the display all the up to make the screen inclined and reveal the full keyboard underneath. This converted the smartphone to a tiny laptop-like device, which was a huge feature at that time.

Moreover, to give users the full laptop experience, Sony even made four rubber feet at the back of the device to negate friction on flat surfaces. Apart from the rubber feet, there also is a massive VAIO branding at the back along with a tiny Sony Ericsson tag and the “Prototype” badge.

Now, the “Sony Ericsson VAIO” was a unique smartphone with the potential to revolutionize the smartphone industry of its time. However, the fact that the device did not make its way to the market is pretty sad for Sony.