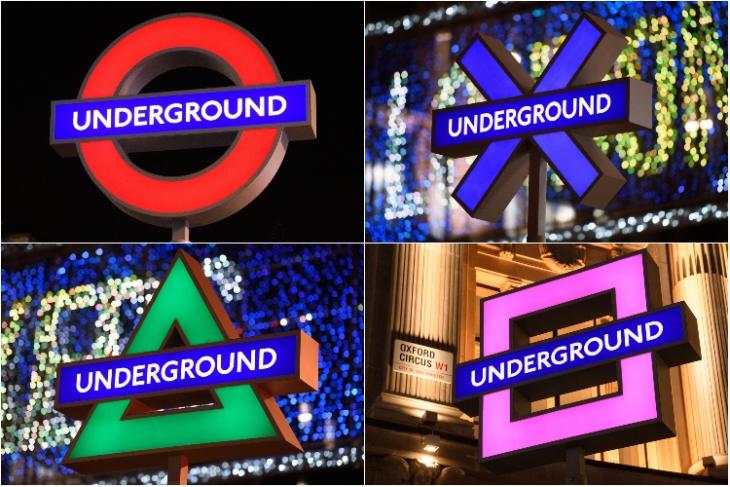 While Microsoft is giving away a KFC-themed controller to promote its next-gen Xbox Series X gaming console, Sony has now taken over London’s popular Tube stations to celebrate this occasion. According to recent sightings, Sony has given a makeover to the walls and station signs of London’s Oxford Circus Tube station with its iconic button shapes.

So, ahead of the launch of the PlayStation 5 in the UK, Sony pulled off a pretty eye-catching marketing stunt to promote its next-gen console. The Japanese company painted the walls of the Oxford Circus station with the signature shapes which you can find on the buttons of the PlayStation controllers.

Sony also changed the station signs of the four entrances of the Oxford Circus station on street level to its iconic square, circle, triangle, and cross signs. The company shared a tweet (below) to showcase the “PS5 upgrade” of London’s Oxford Circus Tube station.

From one iconic shape to four. We’ve given the Oxford Circus Tube signs a #PS5 upgrade. 👀 pic.twitter.com/iw9qlEXR7B

Moreover, each of the station signs of the Oxford Circus Tube is located just a few steps away from Microsoft’s London store.

Now, the Oxford Circus station is not the only station in London that got a PS5 upgrade. According to reports, the Tube makeover extended to the Mile End station as Sony changed the name to “Miles End” to reference the PS5 exclusive title, Spider-Man: Miles Morales. Other than that, stations such as Lancaster Gate, Seven Sisters, and West Ham are also getting rebranded to refer to other PS5 games.

So, if you are living in London right now, be ready to see Sony’s iconic button shapes all around the city’s Tube stations. The station signs of the Oxford Circus station will be removed pretty soon, however, the new names of the four stations are to stay for at least a couple of weeks.