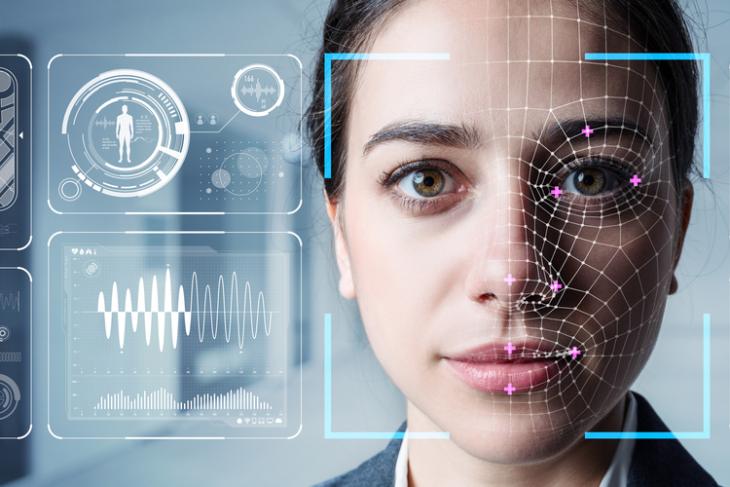 Developed by a team of scientists from the University of Chicago’s Sand Lab, “Fawkes” is a unique tool that can make you unrecognizable to most facial recognition tools like Microsoft’s Azure Face and Amazon’s Rekognition.

Now, keep in mind, although your face will be unrecognizable by any facial recognition tool, you yourself won’t be able to distinguish between the original image and the converted image. And this is where artificial intelligence (AI) comes into play.

How Does Fawkes “Cloak” the Faces?

Now, scientifically speaking, the process that this tool follows is termed as “cloaking”, as it intends to alter the sources that aid the facial recognition tools. So, the tool essentially uses AI to make subtle changes to the faces and these changes remain hidden from human eyes. However, if any facial recognition tool tries to analyze the picture, it won’t be able to do match it with any picture from its database.

The team of developers of “Fawkes” (named after the V for Vendetta character, Guy Fawkes) reportedly published a paper on the AI-algorithm of the tool earlier this year. Moreover, the team recently launched the tool as a free-to-download software for Windows and Mac users.

The Difference is Undetectable

So, I downloaded the tool which came for around 125MB for my Windows PC. After downloading, I ran the tool on one of my pictures to “cloak” it and the result is right below. 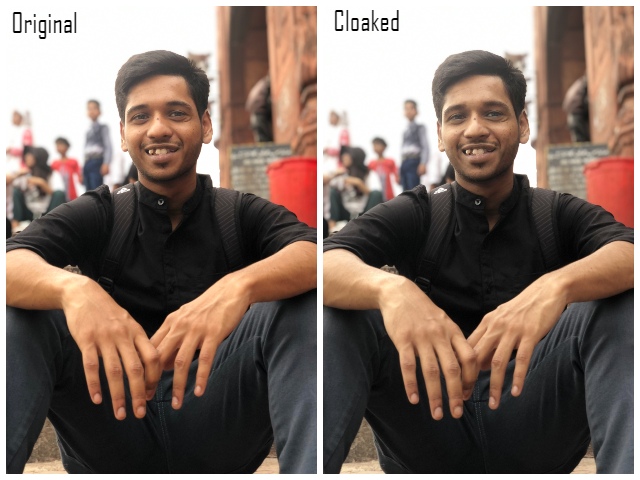 Now, as you can see, both of my images look pretty much the same, except for the weird texture of the skin of my face. However, the one on the right is the cloaked one. So, now you can imagine how subtle the changes are that the AI-algorithm makes to “cloak” your face from the facial recognition tools.

“What we are doing is using the cloaked photo in essence like a Trojan Horse, to corrupt unauthorized models to learn the wrong thing about what makes you look like you and not someone else”, says Ben Zhao, a Computer Science Professor who helped develop the tool.

“Once the corruption happens, you are continuously protected no matter where you go or are seen.”, he further adds.