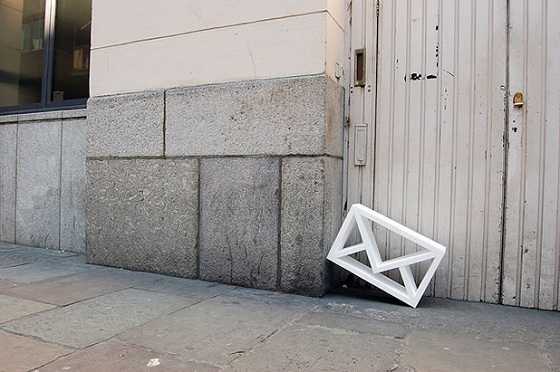 These days I have been giving a lot of interviews for getting job in my campus placements, needless to mention that i am seeing rejection in all these interviews, Keeping aside all the disappointments, one thing i get a lot is to speak on my favorite topic in Group discussions.

The topic is “Social Networking Sites are good or bad.”

The moment the moderator says, ‘now you can start’. Everyone from every corner of the room jumps in (including me) and the one and only conclusion we leave with goes like that,

It all depends upon how a person chooses to use social networking sites, These sites can prove to be very helpful if a person is using them in an appropriate way and can also lead to procrastination if misused or overused.

But, Does this conclusion was of any help to anyone? Not that i think so.

We talk a lot about a lot of topics in these group discussions but they are not meant to solve any problem rather they just act as a stage to shortlist candidates for the next level of Interviews. But, I couldn’t let this topic go, untreated.

So, Today I am going to provide an insight of what social networking sites are actually for and how good and how bad they can go.

To start with, Here’s my definition of social networking sites, based on how I use it.

Social Networking sites acts as a tool to connect us with people from all over the world and give us a chance to broadcast our thoughts in front of the whole world and all that in free.

The Bad and Ugly Part of Social Networking Sites

This attachment leads to procrastination, which is the problem here, needs to be solved.

If you keep checking your online profiles while working or doing any other important activity, it will make the process longer. But, If you wait until the work is done, this will speed up the process and will give you plenty of free time.

This is a tough exercise but try leaving your social networking sites alone for some time so that when you meet them after a long period (roughly few hours) you can have the euphoric joy.

I have a story that will inspire you for not spending more than necessary time on social networking sites. Here it goes,

This was a recent experiment run by a blogger (Maneesh Sethi) because he was too distracted by social networking sites that he could not concentrate on work. So, he hired a girl to slap on his face for every-time he’s on Facebook for 8 USD per hour and his productivity increased from 38% to 98% (roughly). Big Deal, isn’t it?

I hope this story remains in your subconscious and every-time you feel like you are wasting time online, you stop immediately.

However, Procrastination is not the only problem related to social networking sites, there are  issues surrounding privacy concerns too, which can be solved by taking a proper care of what you post online and choosing the desired people to whom your posts are visible.

Starting from the basics, it connects us to people from all over the world in real time, businesses can reach their potential customers with so much of ease and efficiency, news travels at the speed of light only because of these social networking sites and everyone can broadcast his/her thoughts in front of entire world.

All this is possible only because of these social networking sites.

For the new generation this might be normal and a way of life but for people who were born way before the advent of social media on the web can actually value the purpose they are meant for.

Having said that, now I’d like to bring two amazing stories where social networking sites acted as life saving drugs,

This story came in to picture last year when Twitter launched Twitter Stories, a Twitter user name, Chris Strouth kidney disease was getting worse and he needed a Kidney transplant urgently, not knowing what to do, he hopelessly tweeted “sh*t, I need a kidney”.

Guess what? Seeing his tweet, within few days he got offers from 19 people willing to donate kidney to Chris. One of those 19 offers turned out to be perfect match and Chris is healthy and doing fine. He last Tweeted 16 hours ago(at the time of writing post).

This shows the power of a single Tweet. Social networking site here, served a purpose of saving a life. Isn’t that great?

Mayank Sharma, a 27 year old Indian guy who one day woke up with all his memory lost (he was suffering from a disease, explained in detail by him in the video below), he couldn’t even recognize his own face. For few days he was clueless about everything going on around him, he was not talking to anyone.

As days passed and he was good enough to work with computers, he checked his browsing history and there he found his Facebook opened up, he started using it and with people you may know feature, he started (re)building his memory by  using it as a tool to collect all the scattered parts of his lost memory.

Here’s the inspiring video in which Mayank himself telling his story,