The e-commerce giant in India, Flipkart was all set and running for one of the biggest days that they’ve witnessed in their small but eventful journey. The Big Billion Day Sale was promoted no less than a Bollywood movie these days but much like the fate of most Bollywood movies that spend too much on advertisement; Flipkart too fell on its head and it did hurt real bad. Ouch!

Flipkart was claiming that the Big Billion Day Sale would provide the biggest discounts that the country has ever witnessed on brands that they wish to buy but something on the contrary happened. Most of the products were either out of stock, overly priced than usual and when things had already gone wrong; their website kept crashing when the payment details were being made.

Here is how the social media is reacting to their Big Billion Day Sale’s experience.

Maybe Amazon has recruited lots of people to buy everything from Flipkart today, which they can later sell in Amazon.

The most amazon thing about flipkart is that before you could, somebody else snaps the deal.

The following reactions are from this Reddit thread where people are discussing their mixed experiences on the Big Billion Day Sale of Flipkart:-

Flipkart has enjoyed the respect of people like no other e-commerce giant in the country has. But, when on days like these Flipkart tries to rob the same people that built them; it is indeed very sad. So, maybe in a market that has just moved beyond Oligopoly; Snapdeal gave a befitting reply to Flipkart in today’s leading newspaper, a strong message for anyone who could read in between the lines. 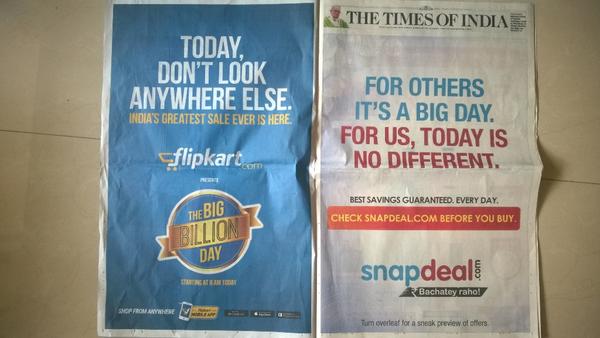 Maybe, that’s why they say you never try to rob the hand that made you what you are today.

Today, Flipkart realized that Big Billion day sale wasn’t a very pleasant experience for the customers and hence they wrote this apology letter which comes directly from the founders Sachin Bansal and Binny Bansal. Here’s the screenshot of the same: 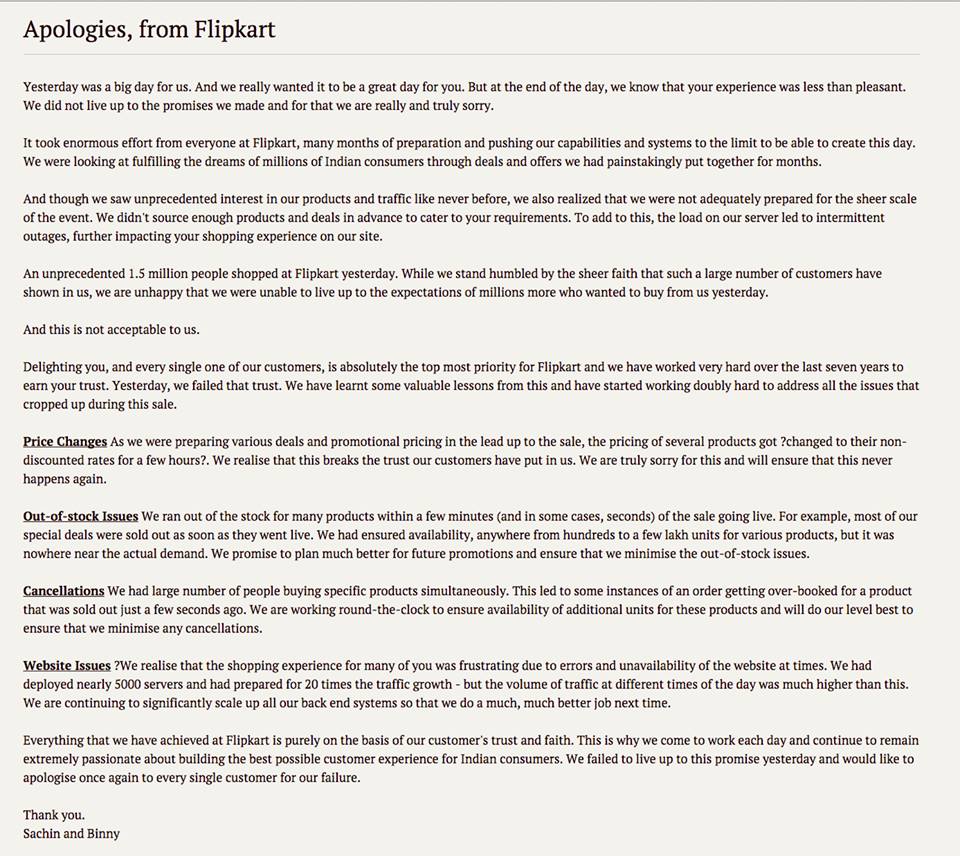