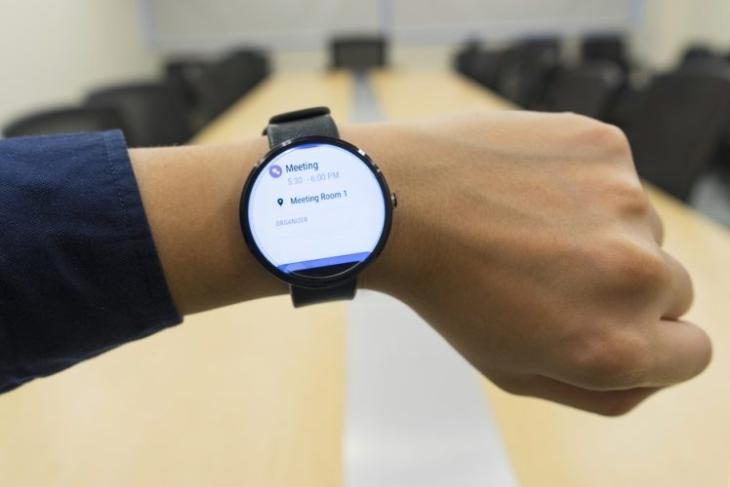 Smartwatches were once all that tech aficionados craved, however, the category’s popularity has declined over the past couple of years, as Android Wear (now Wear OS) stagnated. Many have even gone as far as to declare that the smartwatch market is dead with only Apple Watch selling. However, the guys who track such devices and their market share – International Data Corporation (IDC) – believe that isn’t the case.

In its latest report, IDC points out that users are finally starting to understand the true utility of smartwatches. The addition of cellular connectivity to these wearables has brought attracted early adopters and the trend is expected to continue over 2018. This will also give tech giants a chance to integrate new features and sensors to enhance their utility.

The appetite for wristbands and basic watches will not go away. Both products will enjoy sustained popularity as users’ first wearable, thanks to their simplicity and lower price points, says Ramon T. Llamas, research director for IDC’s Wearables team

The latest data from IDC’s Worldwide Quarterly Wearable Device Tracker shows that the wearable market is on track towards a 15.8% YoY increase in 2018 shipments, which will amount to 132.9 million units over the course of the year. And if this data isn’t enough to convince you, then the report also predicts that shipments will reach close to 220 million by 2022. 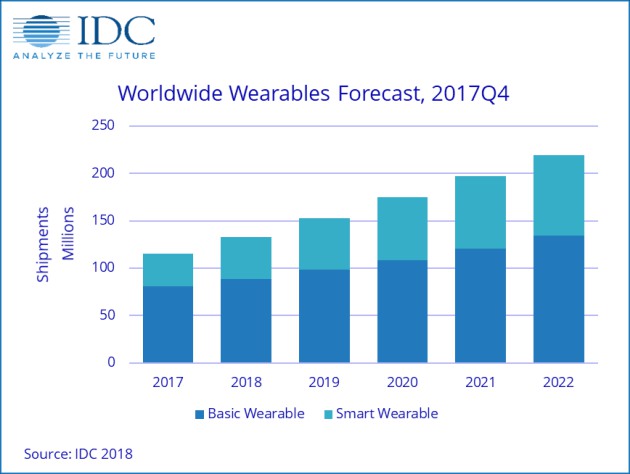 According to the datasheet attached below, IDC reports that fully-featured smartwatches, basic watches, and basic wristbands will continue to grow in dominance over 2018, and in 2019 as 5G hits mainstream. Your fitness bands, on the other hand, will still continue to sell and hold its ground in the coming years. It is because people will be wary to spend a lot on smartwatches and still have access to all the latest health tracking facilities at their fingertips.

We’ve all grown skeptical of the wearable market as it hasn’t shown any major innovation to attract consumers and provide them with a big enough reason to opt for them. They’ve only been seen as companions to your smartphone and that’s changing quite rapidly in the current scenario. Hence, the IDC believes that other wearable categories, such as earwear and clothing like Google’s Project Jacquard will gain some limelight by 2022.

While Apple Watch may dominate the market right now, I’m positive that other tech giants will be able to make smartwatches relevant for the mass market in the coming years. This means we can witness a significant shift in the smartwatch landscape by 2022. Do you also think the same? Let us know your opinions in the comments below.

Huami Brings its Apple Watch Lookalike Smartwatch to US at $99