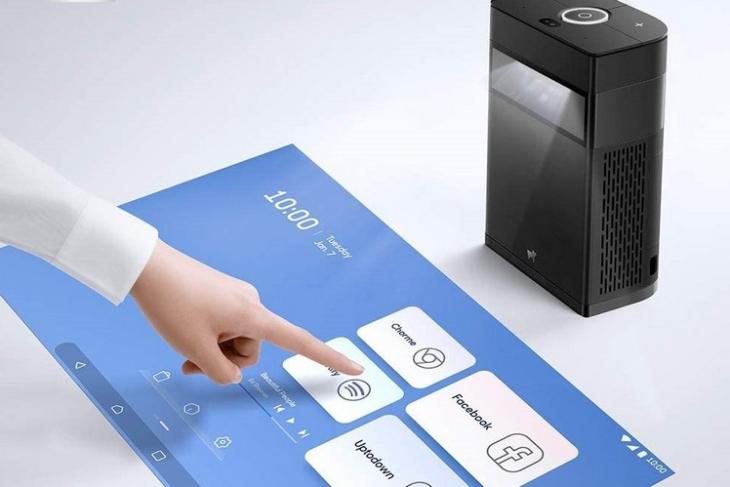 Over the past few years, we have seen companies like Fujifilm, Sony, and Canon come up with kinds of mini projectors. However, the “Hachi Infinite M1” is one projector that has the potential of completely revolutionizing the way we use flat surfaces around us.

Developed by Hachi, a Shenzhen-based company, the “Infinite M1” is essentially an interactive portable projector for your desk that can convert any flat surface into an Android tablet. And get this, you can project the screen on your desk or kitchen counter and interact with it just how you interact with your touch-screen smartphone or tablet. So, apart from projecting the image on a surface, it also converts the surface into a touchscreen for you to interact with the device.

Coming to the physical appearance of the projector, it comes in black color and has a boxy design. Unlike other mini projectors, this one is much bigger. However, when it comes to portability, one can easily carry this thing around in a backpack or in its own casing, inside which it comes. 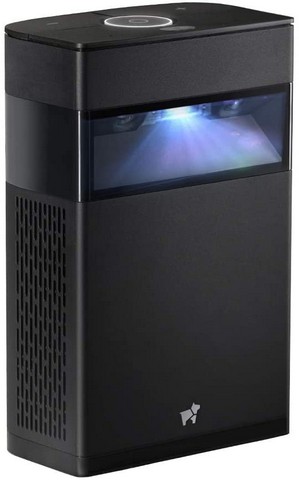 An Android Tablet Inside a Projector

Now, although it looks like a normal projector, you have to keep in mind that this is a “smart” projector. Hence, it packs a Snapdragon 670 chipset inside that boxy outer case, 6GB of RAM, and 128GB of onboard storage. The whole system runs on a custom UI based on Android 9 Pie dubbed as the “InfiniteOS”. And the device also has a built-in battery that can power it for around two hours in a single charge. So basically, there is a whole Android tablet built inside this thing.

Using the device is also pretty easy. You can put it on your flat desk vertically to get a screen right in front of the device. Or if you’re more in a laying-in-the-couch-watching-movie mood, you can set the device flat on a table pointing the projector towards a wall to get a tablet-sized screen on your wall. The built-in sensors and gyroscope will automatically detect the position of the device and project your content accordingly.

Apart from casting a touchscreen projection on a flat surface, the “Hachi Infinite M1” can also use its cameras to detect and identify various objects like common food items and other small objects. And thanks to this feature of the device, there is a dedicated education mode that helps kids to learn interactively. 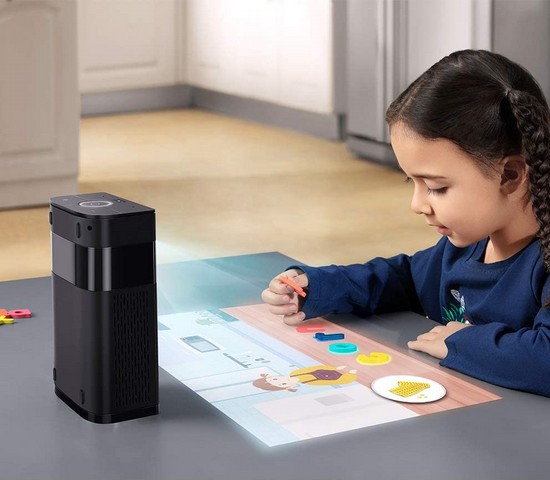 The “Hachi Infinite M1” retails for around $999 (~Rs 74930), which might sound expensive for a projector. However, considering that you can play air hockey or even PUBG on your kitchen counter, I think it is a fair price.

You can check out the device on Amazon.