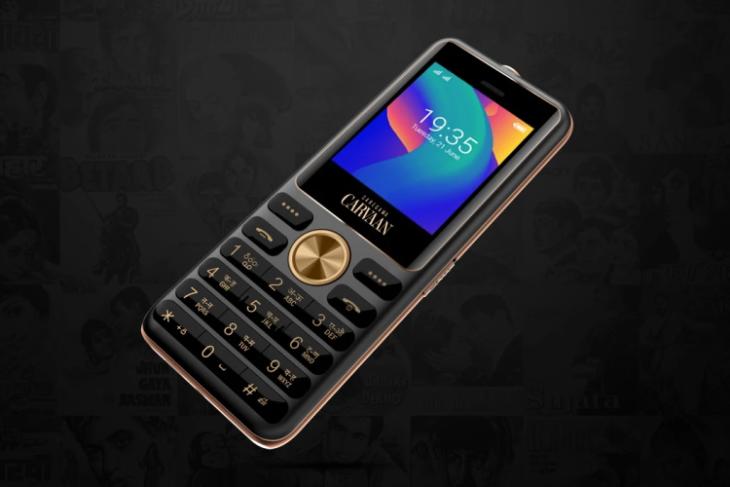 Indian music label Saregama, well-known in the tech industry for its Carvaan music players, has now step foot into the phone market in the country. Saregama Carvaan Mobile has launched today as the first feature phone from the company, and it comes pre-loaded with songs to enable you to enjoy music without any ad breaks or internet connectivity. Let’s look at all the details of this unique feature phone.

If you’re looking to buy a feature phone for your parents or grandparents, the Carvaan Mobile could be a solid option worth considering in India. It comes in two variants, one with a 1.8-inch screen and the other with a 2.4-inch screen. Saregama boasts about the premium looks and sturdy build of its feature phone on the official product page.

The highlight of the Saregama Carvaan feature phone is that it comes pre-loaded with 1,500 evergreen songs, which you can listen using the huge speaker on the back. You can choose between Hindi, Tamil, and Malayalam models, depending on your preference. The pre-loaded songs are divided on the basis of name of artists and mood. On the Hindi model, you can listen to musical artists like Lata Mangeshkar, Asha Bhosle, and Kishore Kumar, or find the perfect song based on moods like romance, sadness, and more.

Moreover, music playback on the Saregama Carvaan Mobile doesn’t require internet connectivity, and there are no ad breaks. So you don’t need to get a premium subscription to enjoy uninterrupted music streaming.

Coming back to the specifications, the Carvaan Mobile is powered by a MediaTek processor and comes with 2GB free memory space to store more songs or pictures. Yeah, the 2.4-inch model includes a rear camera, which is missing on the 1.8-inch model. The latter also has an 1,800mAh battery while the former comes with a bigger 2,500mAh battery. Other features supported here are Bluetooth, dual-SIM (a nano and standard) support, FM radio, torch, and a 3.5mm headphone jack.

As we mentioned above, the Carvaan Mobile comes in two variants. One with the smaller 1.8-inch screen is priced at Rs 1,999 while the 2.4-inch variant costs Rs 2,499 in India. Both models will be available in three coloways, namely Classic Black, Emerald Green, and Royal Blue.