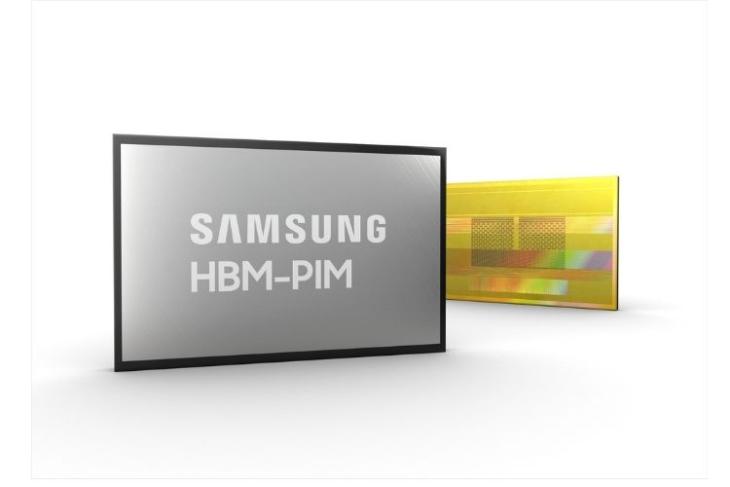 Samsung is one of the leading memory chipmakers and witnessed a huge 26% jump in operating profit in Q4 2020. The company plans to continue this trend and has today launched the world’s first HBM (high-bandwidth memory) chip. It brings substantial improvements in performance and power efficiency, thanks to an integrated artificial intelligence (AI) processing unit.

The new memory chip is officially called HBM-PIM, where PIM stands for processing in-memory architecture. How is it different from existing chip solutions? Samsung, in its official blog post, has explained that the von Neumann architecture uses separate processor and memory units for data processing tasks.

This method, the company says, could result in “a system-slowing bottleneck” due to the constant back and forth of data between the two units. Samsung has tried to solve this very issue with its new HBM-PIM chip. The installation of a DRAM-optimized AI engine inside the memory bank “enables parallel processing and minimizes data movement,” as per the blog post.

The AI processing unit has been added to the company’s HBM2 Aquabolt solution that was introduced back in 2018. Samsung claims that it offers over 2x improvement in overall performance and 70% reduced power consumption. This could be a game-changer for AI applications as it does not require any hardware or software changes. It will simply replace the existing HBM systems.

Currently, Samsung says that the HBM-PIM chip is being tested by the world’s leading AI solution providers. These chips will reach customers for testing and verification in the first half of 2021.