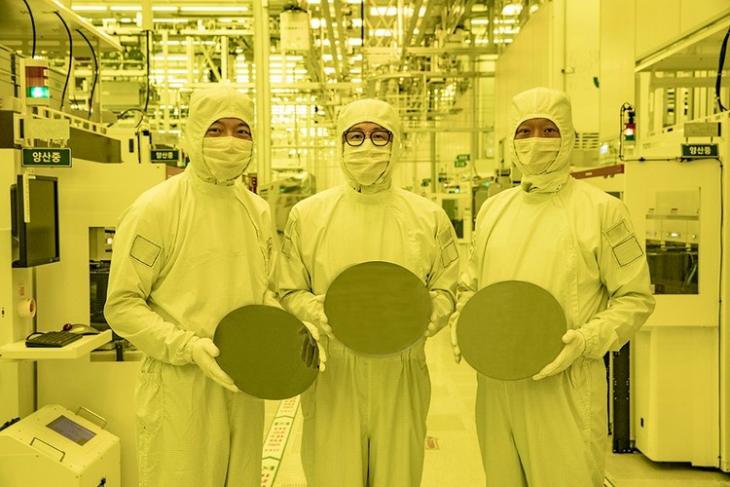 While TSMC’s 3nm architecture is yet to be adopted by the company for its chip manufacturing process, Samsung just announced that it has already started producing chipsets based on its 3nm process technology with GAA architecture. With the commencement of the manufacturing, Samsung has successfully beaten the Taiwanese chipmaker by becoming the first semiconductor company to adopt the 3nm node. Here are the details!

Samsung also highlights that the new fabrication process offers a 45% improvement in power efficiency, 23% improvement in performance, and 16% reduction in surface area for chipsets as compared to its previous 5nm process. Going forward, the company aims to increase performance to 30% and reduce power consumption and size by 50% and 35%, respectively.

“Samsung has grown rapidly as we continue to demonstrate leadership in applying next-generation technologies to manufacturing, such as the foundry industry’s first High-K Metal Gate, FinFET, as well as EUV. We seek to continue this leadership with the world’s first 3nm process with the MBCFET. We will continue active innovation in competitive technology development and build processes that help expedite achieving maturity of technology,” said Dr. Siyoung Choi, the President and Head of the Foundry Business at Samsung.

Samsung mentioned that the initial application of the latest 3nm process technology is limited to chipsets for high-performance, low power-computing systems. Although, the company aims to adopt the same for mobile chip manufacturing in the future.

Now, becoming the first company to adopt the advanced 3nm process for chip manufacturing does give Samsung an upper hand over its competitor TSMC. However, according to Bloomberg, this won’t affect the latter’s market share or sales growth in the next 12 months unless Samsung proves that its 3nm process can be as cost-efficient as TSMC’s advanced N3 process. If the Korean giant succeeds in that, it can garner contract orders from Apple, Qualcomm, and other industry giants.

Additionally, Bloomberg reports that Samsung will initially manufacture the 3nm chipsets at its Hwaseong facilities in Korea before expanding to Pyeongtaek. Moreover, the company is reportedly building a massive chip plant in Texas, which will have the capability of producing 3nm chipsets in the future. However, the said manufacturing plant is not scheduled to start mass manufacturing until 2024.