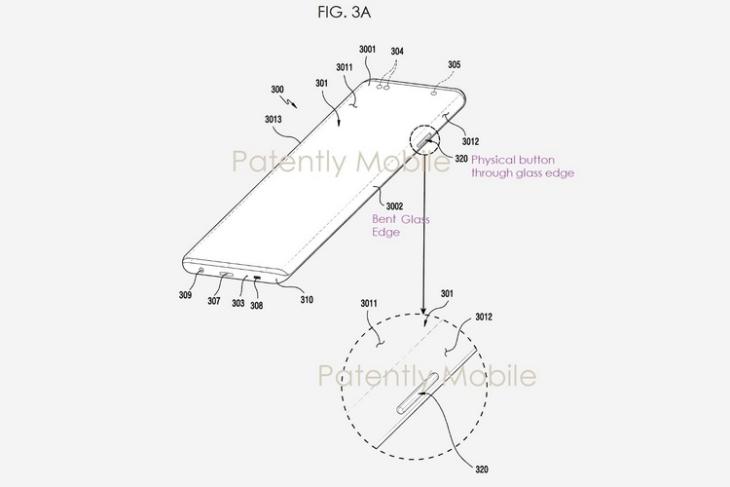 Expected to be launched later this year as Samsung’s next-gen flagship smartphone, the Galaxy Note 20 may bring back the curved-edge displays that are conspicuous by their absence in the Galaxy S20-series devices. In fact, a new Samsung patent suggests that the next-gen Note flagships might ship with an exorbitantly curved screen that will roll over the the sides of the smartphone, incorporating the physical buttons, including the volume rockers and the power key.

Believed to have been originally spotted by Patently Apple, a new patent granted to Samsung by the US Patent and Trademark Office shows a device with a ‘bent’ display with physical buttons protruding through the bent glass, much the same way as selfie-cameras on many modern smartphones, including Samsung’s latest flagships, are housed within cutouts on the display panel.

As for physical buttons on smartphones, they are generally housed in cutouts within the metal or plastic components of the devices. However, with in-display camera cutouts becoming more commonplace over the past year, it was only a matter of time some company came out with this new design trend. It will be interesting, though, to see whether Samsung does use the new tech in any of its upcoming smartphones, including the next-gen Note flagships.

The patent document also apparently mentions a grip sensor, a hologram device and a projector. While the holograms are unlikely to be found in commercial smartphones any time soon, it would be interesting to see where Samsung stands in terms of the projector. Either way, there’s no more info on the subject at the moment, but we’ll hopefully hear more on the subject sooner rather than later.