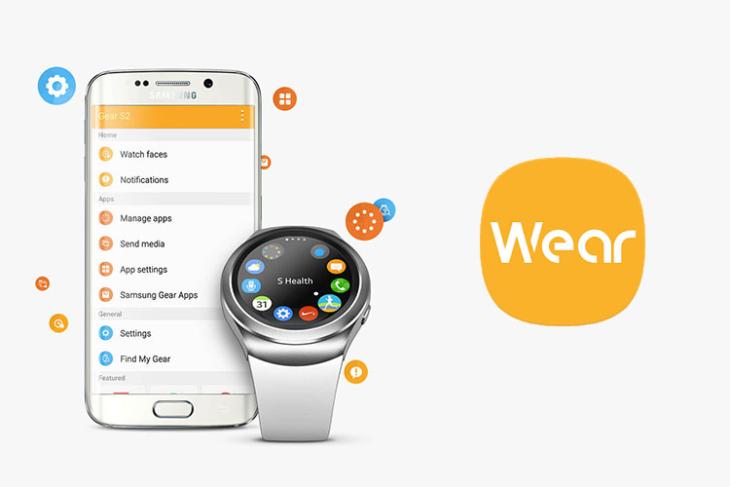 Ever since Google started rolling out Android 9.0 Pie to its Pixel devices, a number of Samsung Gear users have been complaining about the lack of compatibility with the latest version of Android. We also mentioned the issue in our review of the Gear IconX (2018) and Samsung seems to have listened. The company has now released an update for the app which brings support for Android P, but things still look a bit bleak.

According to the official Play Store listing, which now has the new Galaxy Wearable name, the latest update brings support for devices running Android P. We put the updated app to the test, installing it on our OnePlus 6 running Android P beta and we were able to connect our Gear IconX (2018) without any issues.

We also tried out the process with the older version of the app and the connection didn’t work, with the app displaying a notification that read : “Can’t communicate with Gear IconX (40ED)”. 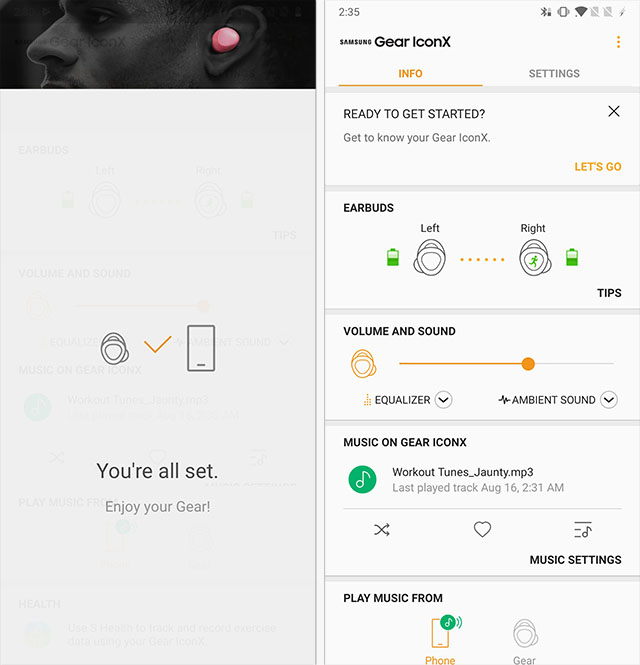 While it might seem like Samsung has nailed the issue once and for all, going through the reviews section on the Play Store suggests otherwise. 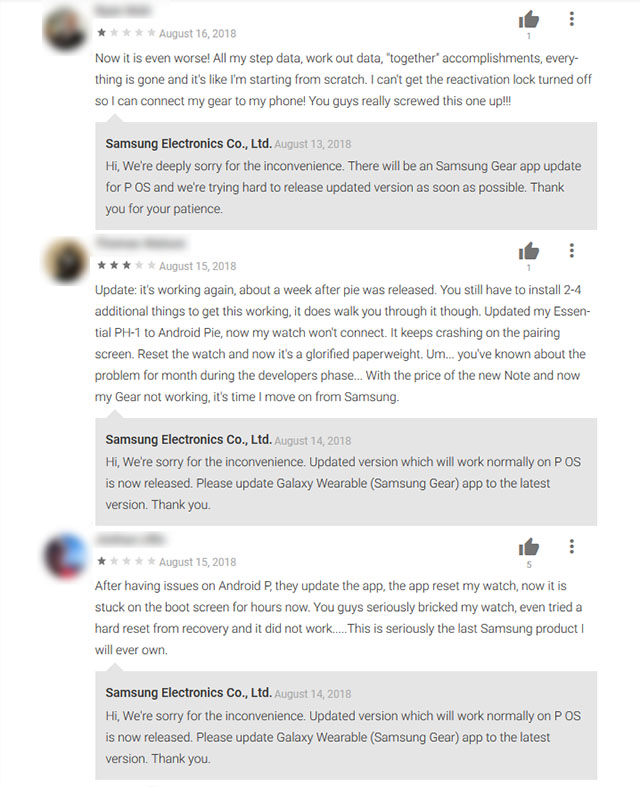 A few users have also claimed that the updated app reset their connected smart watches, which have been stuck in a boot loop since the update. Samsung is maintaining a standard response to all these complains, saying:

Alas, not a whole lot seems to be working normally with the updated Galaxy Wearable app and the company is being rightly criticized for its slow update release, which unfortunately seems to be broken.