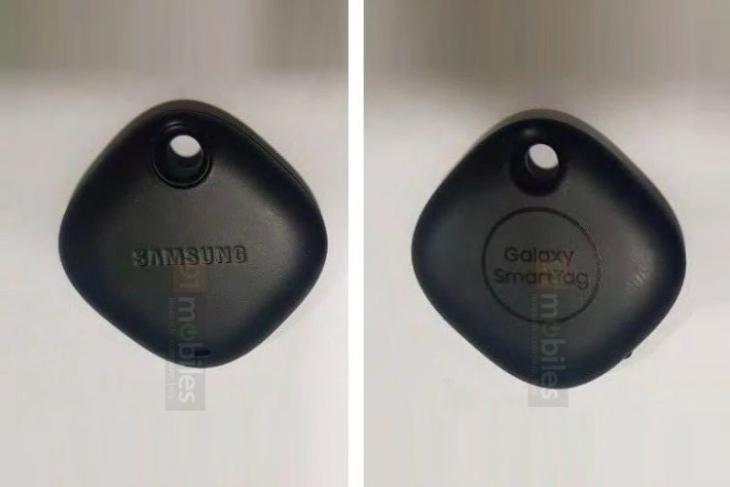 It’s not just Apple who’s working on a Tile competitor. Samsung is also set to unveil its own version of the tracker, dubbed Galaxy SmartTag, sometime in 2021. We have seen its design leak via renders and the official SmartThings app. And now, real-life images of the Galaxy SmartTag have appeared online.

First reported by 91Mobiles, the live images of the Galaxy SmartTag have appeared on Taiwan’s National Communications Commission (NCC) website. It not only confirms the official name but also gives us a good look at this chunky tracking device. It carries the model number EI-T5300, as per the listing.

The live images reveal that the tracker will have a square shape. It will have rounded corners with a hole at one edge to attach a lanyard or strap to attach the tracker to a device or backpack. The tracker leaked in a black colorway with the ‘Galaxy SmartTag’ branding on one side and Samsung on the other. Also, in the images below, you can see that the tracker will be nearly 4cm in length, which means it won’t necessarily be huge. But, it definitely looks a bit chunky and is said to have a replaceable coin battery slot onboard.

The NCC listing does give us a first look at the Galaxy SmartTag but it does not reveal any of the device’s specifications. Previous reports, however, suggest that it will arrive with Bluetooth 5.1 support, location-based SmartThings Find feature, and more. It will not have UWB support, which is expected from the rumored Apple AirTags.

The tracker will come in two colorways – black and white. It is rumored to be priced at 15 euros (~Rs. 1,299) and could arrive alongside the Galaxy S21 series on 14th January. It will not be Samsung’s first object tracker though. The Korean giant launched its first LTE-enabled SmartThings tracker a couple of years ago.