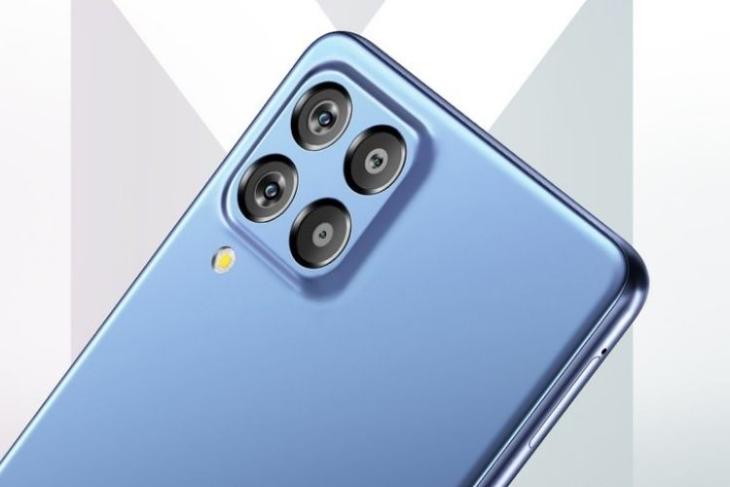 Samsung has introduced a new Galaxy M-series phone — the Galaxy M53 5G — in India, as announced previously. The smartphone, which recently made its debut globally, comes in addition to a slew of Galaxy A devices the company introduced recently. It includes a 120Hz display, 108MP cameras, and more highlighting features. Here’s a look at all of them.

The Galaxy M53 comes in blue (different from the global variant) and green color options. India doesn’t get the brown colorway, though.

The Galaxy M53 is somewhat like the Galaxy A73 but there are a few visible changes. To start with, the design is totally different. It gets a square-shaped rear camera hump with a gradient rear panel. It has a thickness of 7.4mm, so we can expect it to be a slim smartphone. The front has a 6.7-inch Super AMOLED+ display with a 120Hz refresh rate and a layer of Corning Gorilla Glass 5.

Under the hood, there’s a 6nm MediaTek Dimensity 900 chipset, which has made its way to a Samsung phone for the first time. It comes with up to 8GB of RAM and 128GB of storage. The storage can be expanded by up to 1TB and the phone also supports expandable RAM for a total of up to 16GB of RAM. As a reminder, the global variant came in a single 6GB+128GB model.

The Galaxy M53 5G has another highlight, which is the 108MP main camera at the back. This is accompanied by an 8MP ultra-wide lens, a 2MP depth sensor, and a 2MP macro camera. Interesting and useful features like the Object Eraser, Photo Remaster, Background Blur (specifically for video calls), and more come along. The phone has a 32MP front camera.

To keep things functioning, there’s a 5,000mAh battery that enjoys 25W fast charging support. As known to all, it is a 5G phone, which comes with Dolby Atmos, a vapor cooling chamber, an Auto-Data Switching feature for easy swapping between the two SIMs, Samsung Knox support, and biometric authentication in the form of a side-mounted fingerprint scanner and Face Unlock.

It also has the Voice Focus feature to cut the background noise during video calls. The Galaxy M53 5G runs Samsung One UI 4.0 based on Android 12.