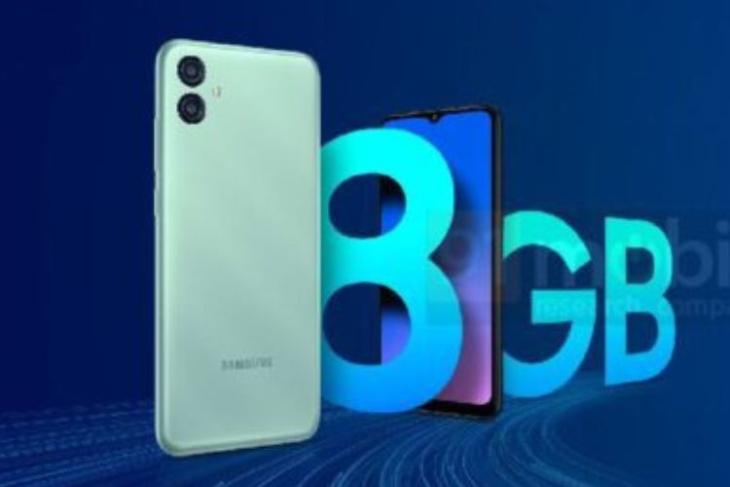 Samsung is soon expected to introduce the budget Galaxy M04 in India. The phone has been spotted on multiple certification websites and even on the Google Play Console, suggesting that the launch will happen soon. Now, new information hints at the price of the Galaxy M04, which could be under Rs 10,000.

A report by 91Mobiles gives us a look at the leaked posters of the Samsung Galaxy M04. One of the posters reveals that the Galaxy M04 could start at Rs 8,999. It could be Rs 8,499 too, given that the full price is hidden.

If this is the case, the phone will compete with the likes of the Realme C-series phones, the Redmi A1+, and more in India. The poster also shows the design of the Galaxy M04. It is seen with vertically-arranged dual rear cameras and a waterdrop notched display. This is similar to the Galaxy A04s, which recently launched in Europe. The difference is that the Galaxy A04s has triple rear cameras.

As for the specs, not much is known. Although, it is speculated that the Galaxy M04, which will succeed the Galaxy M03, will come with a MediaTek Helio G37 chipset, along with up to 8GB of RAM (hinted by the leaked poster). The phone is also expected to support virtual RAM.

The device is likely to feature a 6.5-inch HD+ display, 13MP dual rear cameras, and a 5,000mAh battery. It will most likely run Android 12 with One UI on top.

One thing to note is that Samsung is yet to reveal details on the Galaxy M04 and until this happens, it’s best to take the aforementioned with a grain of salt. We will keep you posted on the details. So, stay tuned.