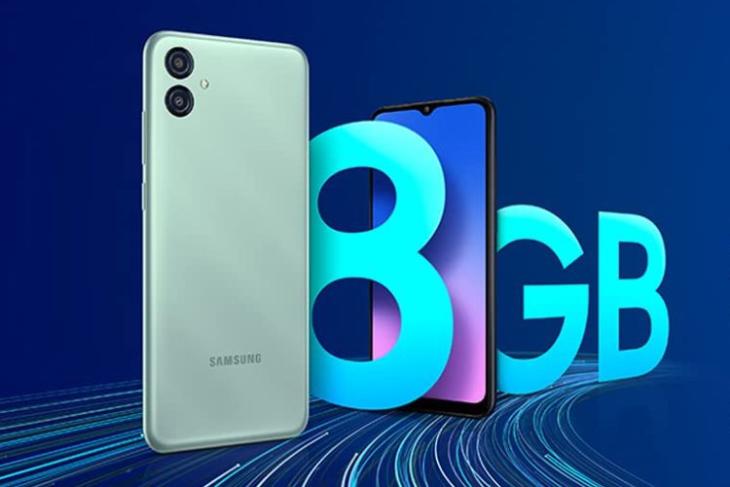 After several rumors and the recent price leak, Samsung has finally launched its latest entry-level phone, the Galaxy M04 in India. The smartphone comes with Android 12, a 5,000mAh battery, and more for under Rs 10,000. Check out the details below.

The Samsung Galaxy M04 has a pretty basic design with vertically-placed dual cameras at the back and a waterdrop notch at the front. It has a 6.5-inch HD+ display. The phone is powered by the MediaTek Helio P35 chipset, paired with 4GB of RAM and 128GB of storage.

The RAM can go up to 8GB with the help of the Samsung RAM Plus technology. The storage can also be expanded by up to 1TB via a memory card.

The camera department gets a 13MP main camera and a 2MP secondary lens. The selfie shooter is rated at 5MP. The Galaxy M04 gets its juice from a 5,000mAh battery, which supports 15W fast charging.

The Galaxy M04 is priced at Rs 8,499 and competes with the Realme C-series phones, the Moto G phones, and more affordable smartphones. It will be available via Amazon India, starting December 16.

It comes in Mint Green, Gold, White and Blue colorways.