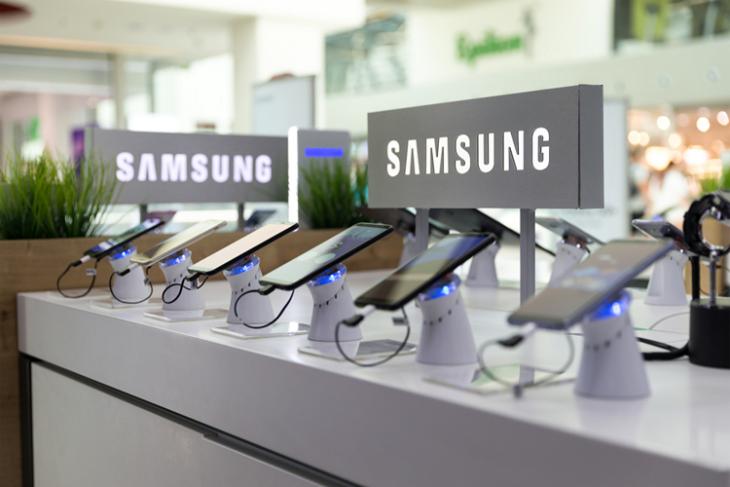 Samsung may be prepping to add an all-new entry-level smartphone to its Galaxy M-series in the coming weeks. Called the Galaxy M01, the device showed up on the Wi-Fi Alliance (WFA) website over the weekend, suggesting that the company is adding the finishing touches to it before releasing it commercially. As usual, the WFA certification didn’t reveal a whole lot about the device apart from the fact that it would only support Wi-Fi b/g/n connectivity in the 2.4GHz band.

While the latest listing didn’t reveal anything substantial about the Galaxy M01, reports over the past few weeks have suggested that it will be an entry-level smartphone that will be sold largely in emerging markets, including India, Sri Lanka, Nepal and Russia. According to a report earlier this month from SamMobile, the phone will be offered in three color options, including black, blue and red. 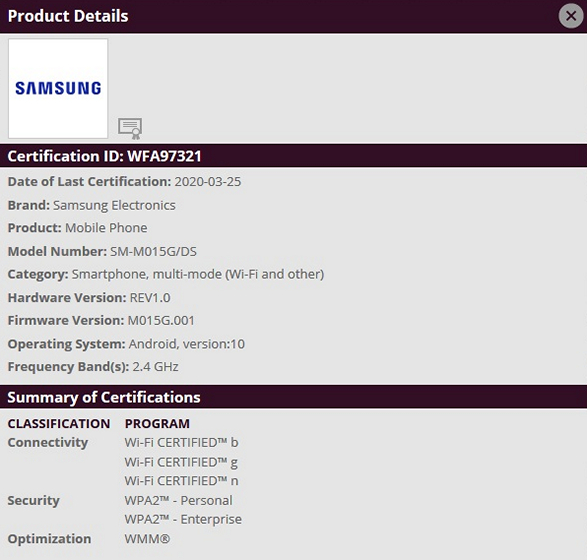 According to a Geekbench listing from earlier this year, the Galaxy M01 (model number SM-M015G) will ship with a Qualcomm processor clocked at 2.02GHz. It will also apparently have 3 GB of RAM and run Android 10 out-of-the-box. The SamMobile report further suggests that will come with only 32GB of internal storage, but will have a microSD card slot.

It’s worth noting that while the GeekBench listing didn’t revel the processor, a GizChina report from last week suggested that it will powered by the Snapdragon 439 SoC. Do note that there’s no way to verify any of the reports just yet, so take them with a pinch of salt if you will.