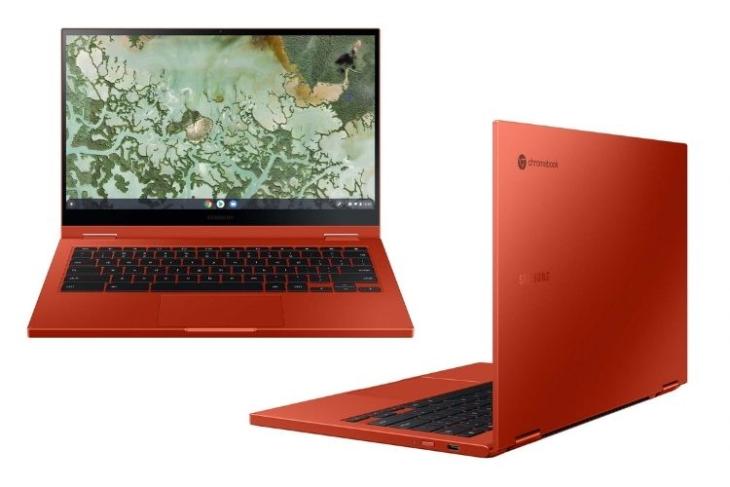 Starting off with the design, Galaxy Chromebook 2 is slightly thicker and heavier as compared to its predecessor. It is 13.9mm in thickness and weighs 1.23kgs, making it super portable. The laptop features a 13.3-inch QLED touchscreen with a 1920 x 1080-pixel resolution. The bezels are fairly minimal with the bottom one hosting the Samsung logo. The top bezel includes a 720p webcam, which will come in handy for Meet or Zoom call for students or office goers.

Also, the QLED screen here has stylus support and can recognize 4,096 levels of pressure sensitivity. You can use it to take notes, drawing or photo editing by “adding any Universal Stylus Initiative (USI) pen to your new Galaxy Chromebook 2,” as per the blog post. It is a 2-in-1 laptop with a 360-degree hinge and can be used in different modes. 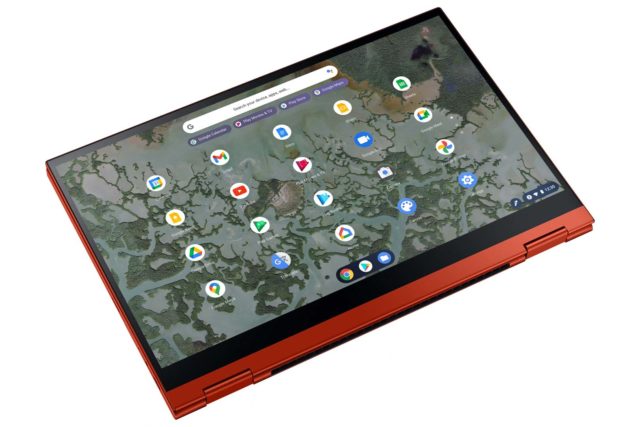 Under the hood, the base variant of the Galaxy Chromebook 2 is powered by the Intel Celeron 5205U processor. You will have to shell out more money to get the 10th-Gen Intel Core i3-10110U processor. It is a dual-core CPU with 4 threads and Intel UHD graphics. It is coupled with up to 8GB of LPDDR3 RAM and up to 128GB of storage. Samsung also offers a microSD card slot for easy file transfer or storage expansion.

Galaxy Chromebook 2 features two 5W speakers. They are backed by the company’s Smart AMP feature that makes them 178% louder than an average amplifier. The 45.5W battery is said to offer up to 14 hours of use, which is pretty good. The laptop also supports a backlit keyboard, Bluetooth 5.0, Wi-Fi 6, 2x USB Type-C ports, and a 3.5mm headphone jack.

Galaxy Chromebook 2 has been priced starting at $550 and will be available to buy some time in Q1 2021. It will arrive in two colorways – Fiesta Red and Mercury Gray.

This is an attractive price tag when you compare it to the first-gen Galaxy Chromebook. It was priced at $999 due to the 4K OLED panel onboard. And now, its successor offers equally good features for almost half the price.