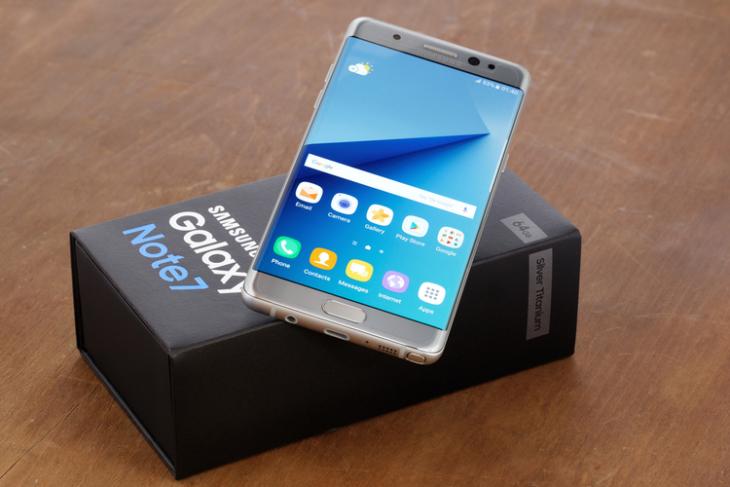 Just a couple of weeks after unveiling the latest device in its Galaxy Note series, South Korean consumer electronics giant, Samsung, has released an infographic on the evolution of its preeminent phablet lineup. While the company mentioned each and every Note device since the inception of the Note branding in 2011, one particular device is conspicuous by its absence on the list – the fire-prone Galaxy Note 7 that had to be recalled not once, but twice, leading to its eventual demise. 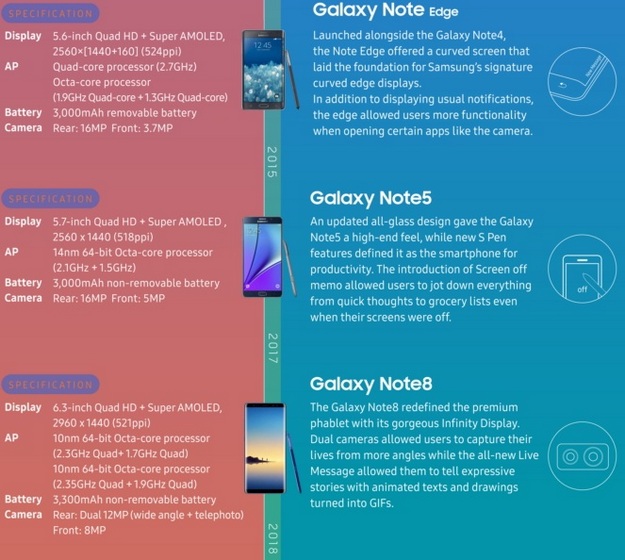 It’s understandable why Samsung doesn’t want people to be talking about the Galaxy Note 7. It was supposed to be the device that would re-establish Samsung’s superiority over its competitors after a lukewarm response to the Galaxy S7 and S7 Edge earlier that year, but unfortunately for the South Korean company, that was not to be.

As was widely reported at the time, several instances of fires and explosions forced Samsung to issue an unprecedented global recall of around 2.5 million units of its premium phablet in 2016 before suspending its sales altogether.

The just-announced Galaxy Note 9 is the eighth-generation flagship phablet from Samsung. While the original Galaxy Note from 2011 was once ridiculed for being akin to a ‘piece of toast’ because of its 5.3-inch screen size, Samsung’s perseverance eventually created an entirely new category – the phablet. That, in an era when even the 4.3-inch Galaxy S2 was described by some sections of the media as being unwieldy and uncomfortable to operate with one hand.

The Note series has since become one of the best-known smartphone ranges and in recent times, has managed to transcend its niche and has crossed over into the smartphone mainstream with the increase in multimedia consumption on hand-held devices.

The fact that most smartphones these days come with screen-sizes of 6-inches and above, and the fact that even Apple has had to incorporate larger screen sizes in its iPhones after having steadfastly refused to go with larger displays previously, is a testament to how Samsung’s Note series has been able to shape the evolution of the smartphone industry over the past seven years.