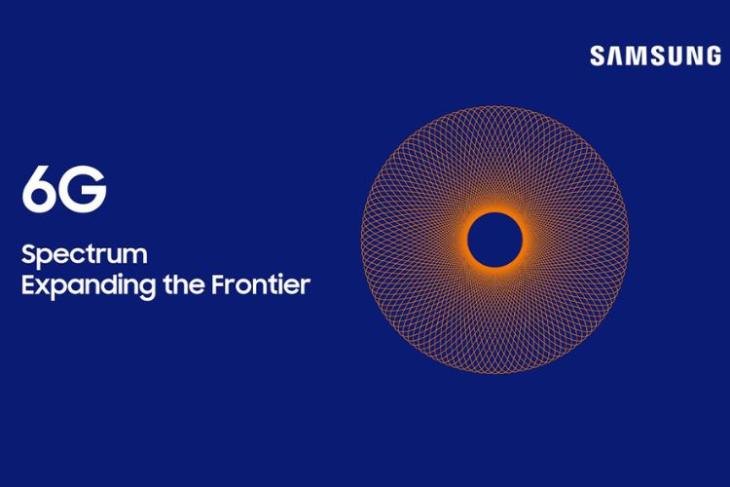 While we wait for the commercial 5G rollout in India, Samsung Electronics has now published a white paper, highlighting its strategy for obtaining global 6G frequency bands, which is deemed as the next-gen communications technology. The Korean giant, in its latest paper titled “6G Spectrum: Expanding the Frontier”, outlined its plans “for the realization of 6G” and to achieve its eventual goal. Here are the details!

Samsung describes 6G communications as the next-gen communications technology that could be used to develop “Truly Immersive XR”, which is a virtual reality experience based on all five senses of an individual, “3D High-Fidelity Mobile Holograms and Digital Replica” technologies that could replicate people, objects, and spaces in a virtual environment.

To achieve these and to secure the 6G spectrum, Samsung is considering evaluations of all accessible 6G bands, ranging from low-band (under 1GHz) and mid-band (up to 24GHz) to high-band (24GHz to 300GHz). The company also suggests converting the existing 3G, 4G, and 5G bands-based networks to work with the upcoming 6G technology, and says that research on the rules and regulations for 6G technology will improve operations and services upon commercial rollout.

Samsung also says that the mid-band, which ranges from 7GHz to 24GHz, would offer greater speed and reasonable coverage for users. While the sub-terahertz band (92GHz to 300GHz) is currently being studied for ultra-high data rate support.

Other than these, the company detailed its research on various 6G-related technologies. These include research on the sub-THz band communications, cross-division duplex (XDD), full-duplex, energy conversion (AI-ES), artificial intelligence (AI-NC), and reconfigurable intelligent surfaces (RIS).

Furthermore, Samsung has announced to conduct its first Samsung 6G Forum on May 13. It will be live-streamed on YouTube and during the event, many industry experts, researchers, and Samsung engineers will share more details about the upcoming communications technology. You can register to attend the event right here.

Think 5G Is a Buzzword? China Is Already Working on 6G Technology