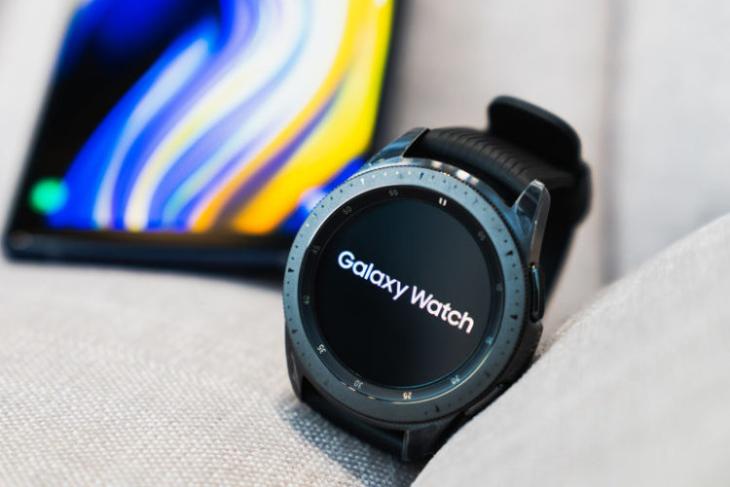 Samsung is scheduled to take the wraps off its next-gen Galaxy Watch 4, along with two new foldables, at its Galaxy Unpacked event on 11th August. While we have already seen the smartwatch’s design and know that it will come with the new Wear OS-based One UI Watch experience. The Korean giant has confirmed today that the Galaxy Watch 4 will be powered by the 5nm Exynos W920 chipset.

The Exynos W920 is the world’s first wearable-centric chipset to be built using an advanced 5nm extreme ultra-violet (EUV) process node, says Samsung in the official blog post. That means the Galaxy Watch 4 will bring better performance and power efficiency to the table.

Going into the specifics, the Exynos W920 includes two ARM Cortex-A55 cores and the ARM Mali-G68 GPU. This combo enables 20 percent better CPU and 10x better GPU performance in comparison to its predecessor. Samsung says this will “enables faster app launches and more interactive 3D GUI,” as per the blog post. There’s also a low-power display processor, the Cortex-M55, to drive the much-loved always-on display on smartwatches.

Moreover, this chipset comes integrated with a 4G LTE Cat.4 modem as well as GNSS (a Global Navigation Satellite System) to make it easier for you to track your workouts on the move. It also supports displays up to the resolution of qHD (960 × 540).

Samsung further confirms that Exynos W920 will power an upcoming Galaxy Watch, i.e Galaxy Watch 4, and supports the new Wear OS-based One UI Watch platform. So yeah, we won’t have to wait long to see this chipset in action. Stay tuned for more information.