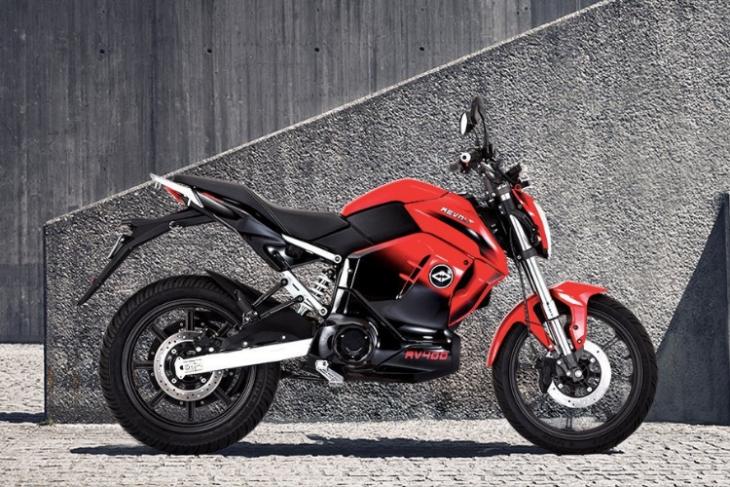 A lot of you would already be familiar with Ather Energy, the company who’s built India’s first intelligent electric scooter. But have you heard of Revolt IntelliCorp? Well, Micromax co-founder and former CEO Rahul Sharma established Revolt to contribute to a fledgeling electric transport segment in India.

Revolt launched its first AI-enabled full-electric motorbike back in June earlier this year, grabbing headlines right off the bat. Called the Revolt RV 400, this is a smart motorbike that comes baked in with a 4G LTE SIM card. This allows users to connect the bike to the Internet, enabling smart features likes OTA updates, remote start, and bike locator. This would also users to see real-time information on the health of the bike and diagnose the same.

Earlier in the day, Sharma took to Twitter to not only confirm the official launch date for the Revolt RV400 but also show off the first electric bike to roll out from their factory in Manesar, Haryana. This means if you’ve pre-booked an RV 400 or have been waiting to pick an electric vehicle in India, well, you will be able to do so at the end of this month.

RV400 Line off Ceremony
– We're proud to share the rollout of the 1st #RV400 from our plant in Manesar. Countdown has begun, mark your calendar!

Revolt RV 400 was opened for pre-booking in Delhi at first but availability expanded to many different cities including Pune, Bengaluru, Hyderabad, Nagpur, Ahmedabad, and Chennai over next four months. Interested buyers could simply visit Amazon (yes, you could book this motorbike on Amazon) and Revolt’s website to book an electric bike by paying a Rs 1,000 token amount.

Apart from this, the RV 400 has a fully digital instrument cluster, LED headlamps and is capable of attaining a top speed of 85 km/hr. And the most essential thing – the electric motorbike offers you a range of 156 kilometres on a single charge, which is amazing. It sounds quite good but the company is yet to reveal the price of Revolt RV 400, which is exactly why we’re excited about the August 28 launch event.