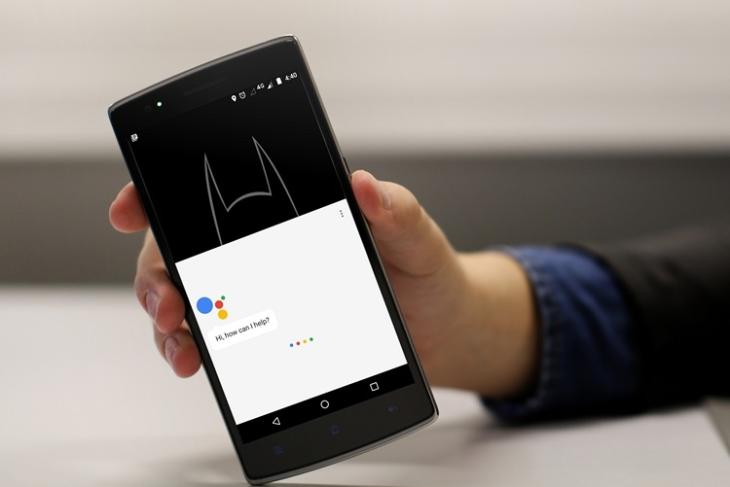 Google Assistant has evolved to become the smartest among the lot as compared to Alexa, Siri, and Cortana. It started out small, but now supports third-party actions or apps, which help add new functionalities the assistant. Now, the Google app has been updated, allowing you to add user reviews to these actions.

Previously, Google Assistant’s Explore section (which can be accessed via the blue icon at the top right) enabled you to just add star ratings for an action. This, however, does not give you a clear view of the app’s usability or limitation, which is now possible with the user review feature.

Accessible via any action’s page in the Explore section, this feature not only asks for a star rating but also allows you to add a short text review on the same. This gives you a second opinion on how the action works with Google Assistant and whether you should install the same or not.

We tried the review feature on the core Google app (version 8.1.7.21) on Samsung Galaxy S8 running Android 8.0 Oreo, and this is what we saw.

The user reviews are arranged in reverse chronological order for the said action. You can edit or delete your own review and report the ones posted by others if they don’t abide by the guidelines. 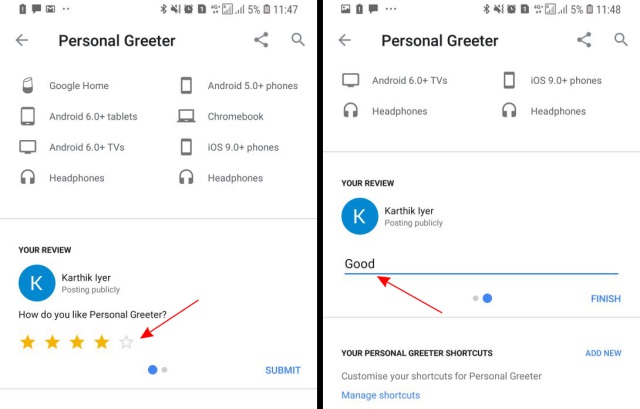 The review feature is live only on mobile and can be accessed from the Explore section in the Google Assistant pop-up window. It isn’t available on the action web directory that compiles all the actions under one roof for easy access.

This feature has been available for the past days, so a number of reviews are already live on certain Assistant actions. While it may not be entirely useful for most apps, it will come in handy as more and more developers add actions to their apps. Seeing a review can help you decide if an action is worth using or not.