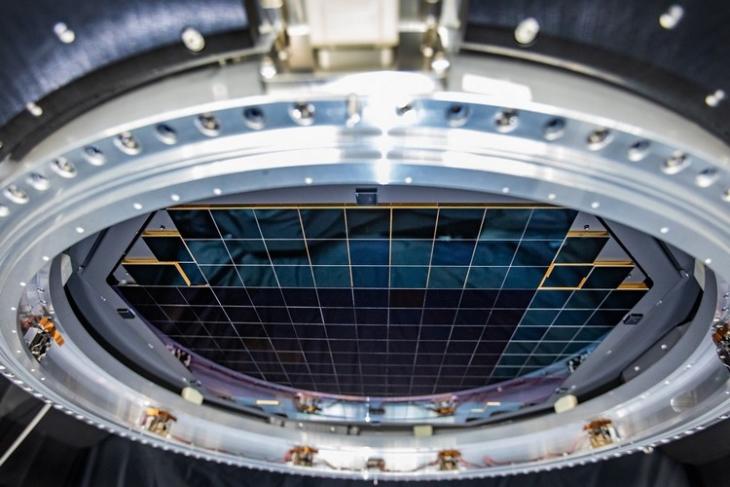 Over the course of time, we have seen an immense development in camera technology. Today, we have advanced camera sensors that are compact enough to fit inside a camera module of a smartphone to produce 108-megapixel images. However, did you know that researchers are at Stanford are making the world’s largest camera? Not only that, but they also captured the world’s first 3200-megapixel images using that camera’s sensor!

The LSST camera, which the researchers are developing, will be the world’s largest camera with the largest image sensor. This camera will be a part of the University’s Legacy Survey of Space and Time (LSST) telescope located in Chile. The researchers will combine it with the Rubin’s LSST telescope to study dark matter, dark energy, the current composition of the universe, and other space-stuff.

A Sensor Comprised of 189 Individual Sensors

So, as an initial test for the special sensor of the LSST camera, the researchers took a few pictures with it. Each of these pictures is “so large that it would take 378 4K ultra-high-definition TV screens to display one of them in full size, and their resolution is so high that you could see a golf ball from about 15 miles away.”, reads the official blog post by the SLAC team.

Now, the “focal plane”, which is the actual sensor for the LSST camera, contains 189 individual image sensors that can each produce a 16-megapixel image. These individual sensors, also called charge-coupled devices (CCDs), can capture images comparable to images by any modern digital camera.

So, these CCDs and the supporting components come as units which the team is calling “rafts”. There are two types of rafts present in the “focal plane” of the camera.

“The 21 square rafts (center), each containing nine sensors, will produce the images for Rubin Observatory’s science program. An additional four specialty rafts (left) with only three sensors each will be used for camera focusing and synchronizing the telescope with Earth’s rotation.”, reads the post.

Now, to capture the first set of images, the researchers took the “focal plane”, placed in inside a cryostat, and cooled down the sensors to a negative 150-degree Fahrenheit, which is their required operating temperature.

For the images, the team used a variety of objects including “a head of Romanesco – a type of broccoli- that was chosen for its very detailed surface structure”.

You can check out the five 3200-megapixel images in full resolution from the links below.

And if you are curious enough, you can also check out all the technical details and features of these images from here.