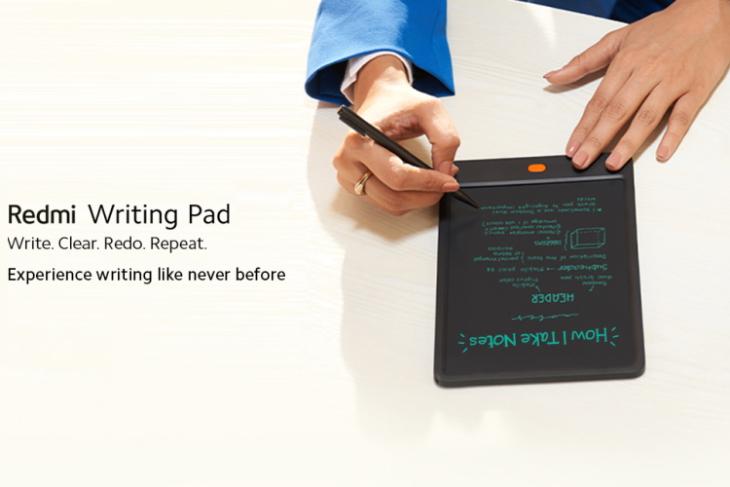 Xiaomi already offers budget tablets for daily use and entertainment purposes in the form of the recently launched Redmi Pad and Xiaomi Pad 5 in India. The company is now looking to cater to students with the release of the super affordable Redmi Writing Pad. Launched with a Rs 599 introductory price tag, Xiaomi is offering a digital writing pad along with a stylus here. So, let’s take a look at all the details:

The Redmi Writing Pad comes with an 8.5-inch LCD display that you can use to take notes, draw doodles, or scribble for fun. You get a stylus in the box, which supports pressure-sensitive writing. It enables you to change the stroke size by varying the pressure applied while drawing or writing.

Moreover, since the LCD screen here doesn’t emit light, Redmi says that it isn’t harsh on our eyes, unlike our smartphones that can cause screen fatigue after a while. So it’s safe to use for children, who can easily carry it around (weighs 90 grams). You also don’t need to worry about its build as Xiaomi has ABS plastic for the body.

This digital writing pad can be especially useful for people who like to create to-do lists before starting their day. It comes with a small orange button at the bottom, which upon pressing clears the screen and lets you take fresh notes. Also, as shown in the image below, the pad features a cavity at the top right edge to securely attach the stylus.

Much like other digital writing pads in the market, the Redmi pad also features a lock switch to freeze the content written or drawn on the screen. Once the lock switch is enabled, no one can delete the content by pressing the orange button. Also, it supports the ability to replace the rechargeable button cell, which should work for up to 20,000 pages, with ease.

Now, you must be thinking, there are a plethora of digital writing pads available on Amazon at an even cheaper price. So, why should you go for Xiaomi’s offering? Well, I would say you can definitely go for those, as they offer pretty much the same features at less than half the price. Check out the Portronics Ruffpad 8.5E (Rs 289) on Amazon if you want a cheaper alternative.