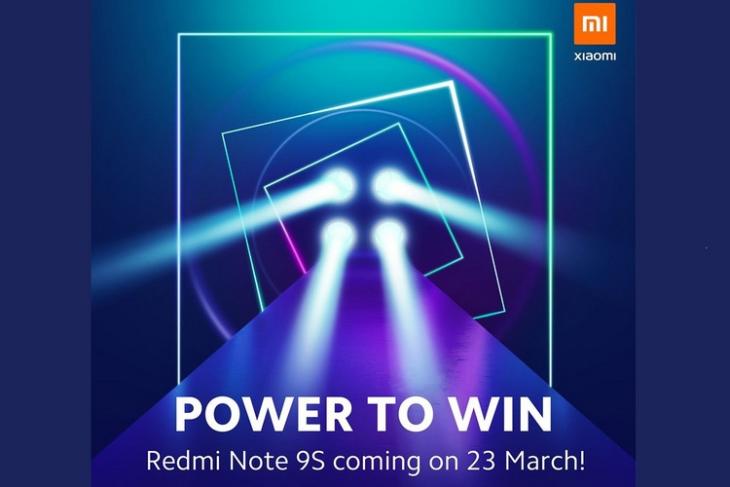 Following the launch of the Redmi Note 9 Pro and Redmi Note 9 Pro Max last week in India, Xiaomi is all set to add a new device to the lineup. In a tweet posted over the weekend, the company’s official Singapore account announced that it will launch the Redmi Note 9S in the country on March 23. While the company didn’t officially reveal any of the tech specs of the upcoming device, the teaser images  seemingly confirm a quad-cam setup at the back and a punch-hole display upfront.

The wait is over, and we are excited to announce:

Meanwhile, the generally-reliable leakster, Xiaomishka (@xiaomishka) claims that the device will ship with “the same front and camera design”, but will have slightly different hardware. Codenamed ‘Merlin’, the device will reportedly ship with model number M2003J6A1G. There’s no more info on the Redmi Note 9S for now, but we’ll hopefully get more details in the days ahead.

According to a recent Canalys report, the Redmi Note series has sold more than 1.1 billion units globally, making it not only the biggest cash cow for Xiaomi, but also one of the best-selling smartphone lineups worldwide. It will be interesting to see whether the latest Redmi Note devices, including the upcoming Note 9S, will be able to extend that legacy.