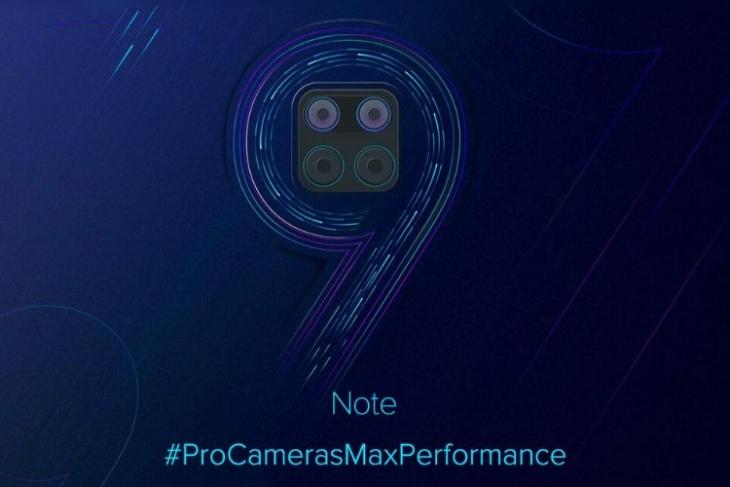 The Redmi Note 9-series has been confirmed to launch on March 12th, and a new leak has now seemingly revealed a few of the key tech specs of the ‘Pro’ model. The leak comes from the generally-reliable tipster, Ishan Agarwal (@ishanagarwal24), who says that the Note 9 Pro will be offered in at least three different RAM+storage configurations, including 4GB+64GB, 6GB+128GB and 8GB+256GB. It will also apparently be offered in at least three colors – Aurora Blue, Glacier White and Interstellar Black.

UPDATE 1: 6GB RAM and 128GB ROM Variant for Redmi Note 9 Pro will be available as well. Will update again if i receive more details.

Agarwal didn’t reveal any further details about the device in his tweets this week, but a recent listing on Geekbench suggests that it will be powered by a 1.8GHz octa-core Qualcomm processor that’s being speculated to be the Snapdragon 720G. The model listed on the benchmarking index had 6GB of RAM and was running on Android 10, but do take these results with a grain of salt because it’s relatively easy to fake Geekbench listings.

The official teaser has also revealed that the device will have a quad-cam setup within a square camera housing at the back, although, the exact cameras (sensors and the lenses) remain a mystery. A landing page for the device on Amazon India also confirms the quad-cam setup and teases ‘Unmatched Exhilarating Fast Charging’, although, the specifics remain in short supply.

As for the standard Redmi Note 9 model, there’s no word on it just yet, but we’ll hopefully get more info about it in the days leading up to the launch. It will be interesting to see if the company will be able to price the new lineup as attractively as the Note 8-series, which might make things really difficult for companies like Realme and Samsung.