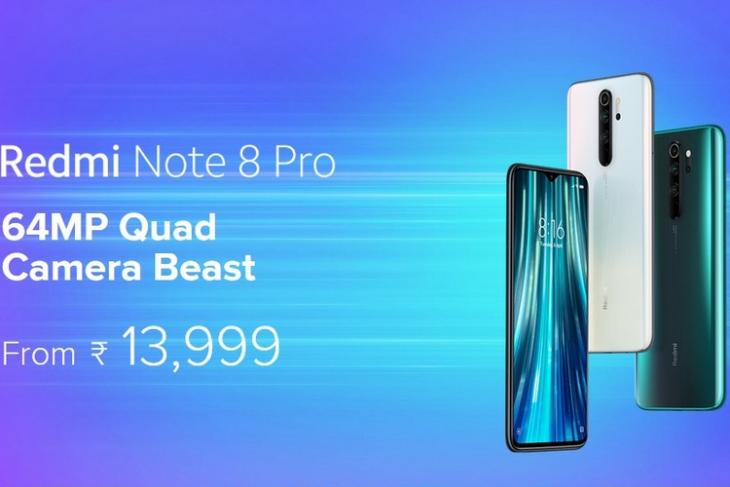 This is not the first time that the Note 8 Pro is available at a reduced price since its launch. The device was also available for Rs. 13,999 last month during Amazon’s Great Indian Shopping Festival, but this is a permanent price-cut that comes a week after Xiaomi increased the price of the Redmi Note 8 in India, ostensibly, because of supply constraints arising out of the coronavirus outbreak.

The Redmi Note series has been a major money-spinner for Xiaomi ever since it entered the Indian market back in 2014. The latest devices in the lineup are also no exception, with the company claiming to have shipped more than 10 million units of Redmi Note 8-series smartphones globally within just three months of their launch.

The Redmi Note 8 series has received a warm reception not only in China but also in India, with the company reportedly shipping over 1 million units of the devices within just one month of launch. It will now be interesting to see if sales take a hit with the launch of the Poco X2, which costs just Rs. 2,000 more than the Note 8 Pro after today’s price-cut.