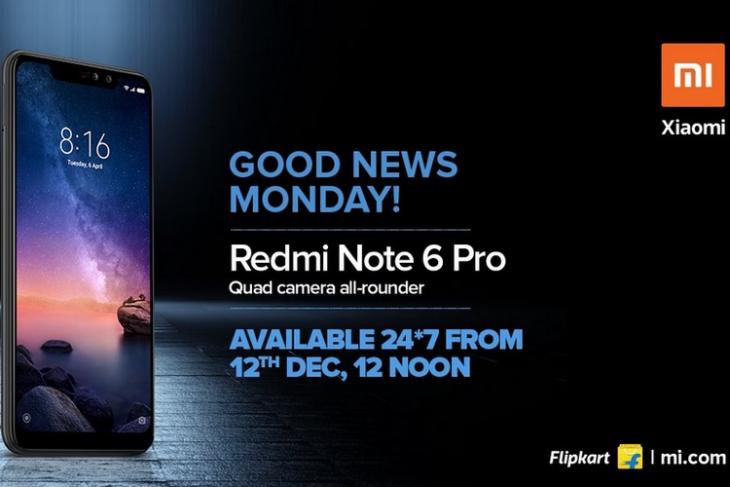 Mi fans! #RedmiNote6Pro the Quad camera all-rounder is now even more accessible! Get it on open sale starting 12th December, 12 noon on @Flipkart and https://t.co/cwYEXeds6Y.
RT to spread the word! pic.twitter.com/9ZoNFiLhxT

The Redmi Note 6 Pro sports a 6.26-inch display with a resolution of 1080×2280 pixels. Xiaomi has decided to include a notch to add more screen real-estate. It has an aspect ratio of 19:9 and a screen-to-body ratio of 86%. The phone is powered by the 14nm octa-core Qualcomm Snapdragon 636 SoC, coupled with an Adreno 509 GPU. It will be offered in two configurations i.e. 4GB RAM/ 64GB internal storage and 6GB RAM/ 64GB internal storage.

The Xiaomi smartphone runs on MIUI 10 and comes equipped with a huge 4,000 mAh battery under the hood. The Redmi Note 6 Pro comes in Black, Blue, and Rose Gold color options.