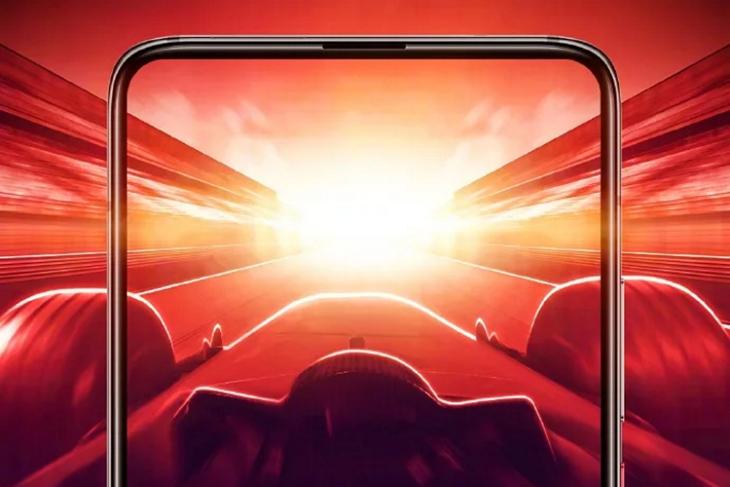 Redmi is preparing to launch the Redmi K30 Pro in China. The company has announced that it will be unveiling the Redmi K30 Pro sometime in March with an event poster shared on Weibo, which also shows off that the phone will come with a notch-less display.

Apart from the notch-less display, the event poster shows off 5G support and slim bezels on the top and the sides. The earpiece is placed at the center of the device’s top bezel. 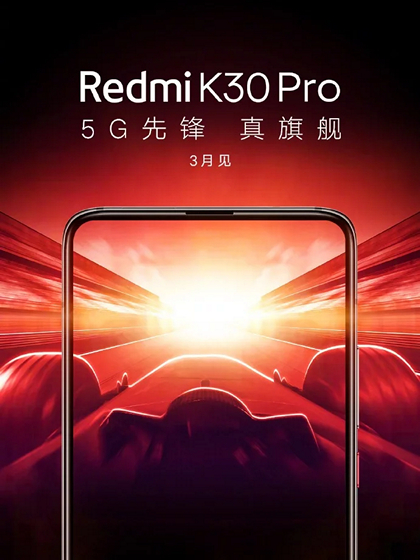 The event poster goes inline with a previous render that has been circulating online over the past week. In the render, we see vertically stacked rear cameras and dual popup selfie cameras. 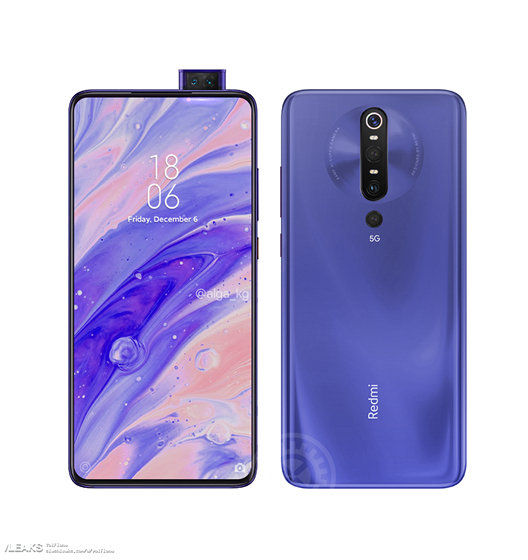 The handset is expected to bring high-end specifications, including the Snapdragon 865 chipset, up to 12 GB of RAM and 256 GB of internal storage. A quad rear camera setup with a 64MP Sony IMX686 primary sensor could be seen on the K30 Pro. We could expect a 4700mAh battery on the handset that supports 33W fast charging as well.

Redmi will be revealing the exact launch date in the upcoming days. We will be covering the event as it happens so stay tuned for more updates.

In a recent Weibo post, Lu Weibing, General Manager of Redmi brand, confirmed that the Redmi K30 Pro will be powered by the latest Snapdragon 865 chipset from Qualcomm. Also, the teaser image attached below confirms that it will come with 5G support. 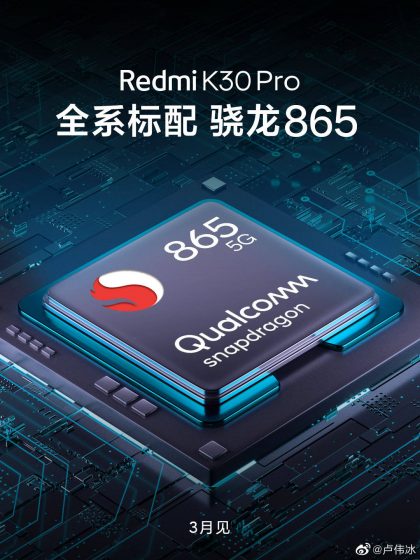