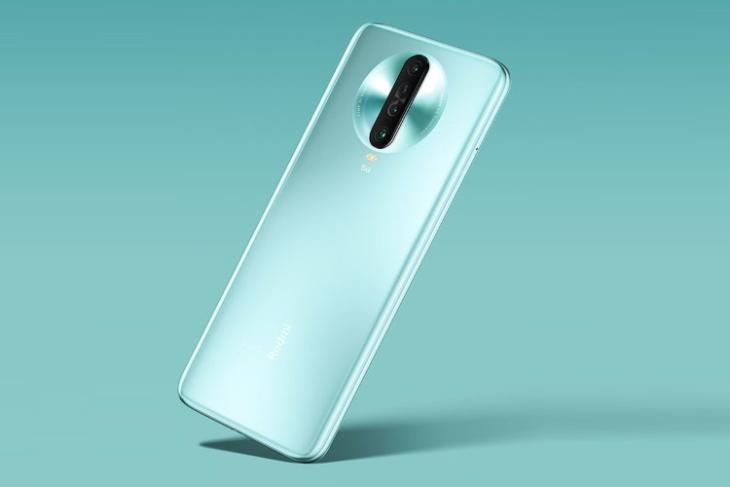 The design and basic hardware remain the same as last year’s Redmi K30 5G and the biggest change onboard is the new chipset. Redmi K30 5G Racing Edition is powered by the Snapdragon 768G.

Snapdragon 768G, for those who are yet to read up on its specs, is an overclocked version of the Snapdragon 765G. The Kryo 475 cores on the Snapdragon 768G have a higher 2.8GHz clock speed as compared to 2.4GHz on the 765G. The Adreno 620 GPU is now clocked at 725MHz, so you can expect better gaming performance.

Another thing that’s new here is the colorway. Redmi K30 5G Racing Edition comes in a mint green color variant, which looks quite cool and soothing. I quite this new color.

The design, including the quad-cameras and dual punch-hole display, remains exactly the same. You have a 6.67-inch FHD+ IPS LCD display with a 120Hz refresh rate on the front. There’s a 20MP primary and 2MP depth sensor placed in the punch-hole at the top right. The rear camera setup still includes a 64MP primary camera, an 8MP ultra-wide lens, a 5MP macro lens, and a 2MP depth sensor.

Redmi K30 5G Racing Edition also comes equipped with a 4,500mAh battery with 30W fast-charging support via the USB Type-C port on board. You also get a 3.5mm headphone jack and IR blaster in tow.

Redmi K30 5G Racing Edition is now up for pre-order in China for the same price as its Snapdragon 765G-powered counterpart. You need to shell out 1,999 yuan (around Rs. 21,350) to snag this new phone when sales kick off on 14th May.